The diet of the California Quail is mostly made up of seeds and leaves of broad-leaved annuals, (grasses are usually a minor component of diet) with a variety of other plants thrown in, depending on the plants available, the vicinity, the soil type, the yearly rainfall; they are very flexible, and adaptable in their eating habits. When the acorn crop is good, they eat lots of acorns (the acorns that have the shells crushed by cars they can access more easily); when the spring rains are good, they love a variety of seeds of spring annual plants, with special emphasis on legumes. Depending on rainfall and temperature, different foods are dominant in the quail diet year to year, so you want to make sure you have lots of different kinds of plants, so the quail will not go hungry.

December through March mostly seeds are eaten; then as the temperatures warm, the days become longer, the wildflower seeds sprout and grow, greens become available, and the California quail switch to eating mostly leaves from May through November.

Here at the nursery in the central coast ranges, quail have been foraging under the large Ceanothus planting (with shrubs and subshrubs of Arctostaphylos species, Lotus scoparius, Salvia species, and Penstemon centranthifolius), for a couple of months now.

Quail are also pretty adaptable in regards to habitat, though they do have certain preferences.

They cannot forage through large thick stands of tall grass, though small patches, clumps of grass are used for nesting, if nothing else is available. Thick brush piles/woodpiles also work for nesting and cover, in a pinch.

Adjacent to these blocks of cover plants, are open areas with low broad-leaved annuals growing such as Lupinus bicolor, Lupinus nanus, Amsinckia species, Eremocarpus setigerus, Montia species, Hemizonia, Lotus species, Trifolium species, Calandrinia species. Quail do eat some grasses but minor amounts, and genera such as Hordeum and Poa. Annual grasses will usually take over these areas if not carefully managed and shade out the broad-leaved annuals, so you want to keep the grass numbers lower to allow broad-leaved annuals to flower and set seed or the quail will be starved out. They also can be seen picking at vegetation, arthropods, and fruits which are near or on the ground. They will hop up to pluck food from shrubs. Quail also eat arthropods especially young quail, probably needing the high protein and fat for growth.

For example, if you have a field, on the edges of the field, you can plant to these cover shrubs, to make a runway for them to move from area to area, and then in a couple of corners, plant the larger, block of cover shrubs for their refuge.

In town, quail are not seen as often, for there is usually not as much or nothing for them to eat, and cats do lots of damage, as quail nest on the ground.

The third requirement for their habitat is some trees/taller shrubs for roosting, They roost at night and sleep in the trees, so a few trees would work well. If you plant oaks, you will have food and roosting sites at the same time.

Feral and house Cats are devastating to quail populations. Young birds are able to fly 10 days after hatching. They live for about 6-7 Years.

Range of the California quail

The California Quail is not found in the desert or high elevations of the Sierras, but is found from Baja to British Columbia, Northern Nevada and Utah.

How to attract the California quail to your garden

The California Quail feeds on the ground near the cover of brush. They like areas of bare dirt for dust baths. They flap around in the dust to remove parasites. They like open areas to feed where they can see predators.

They do not like grass as it obscures their view. A male usually perches on a nearby shrub as the rest of the covey feeds. He signals danger to the others. They like to eat Lupine seeds. Cats are very destructive to Quail. As Quail nest on the ground, they are especially vulnerable to cats.

We have our own little chickens. Blue jays, hawks, cats and many other animals like to eat them. But one day I watched a chipmunk, Towhee and rabbit interface with a mom and dad quail and their walnuts. The Chipmunk kept trying to play with them. Something smaller than him? Rabbit and towhee seemed to be using the quail parents as protectors. A quail alarm system for the wildlife of the yard. 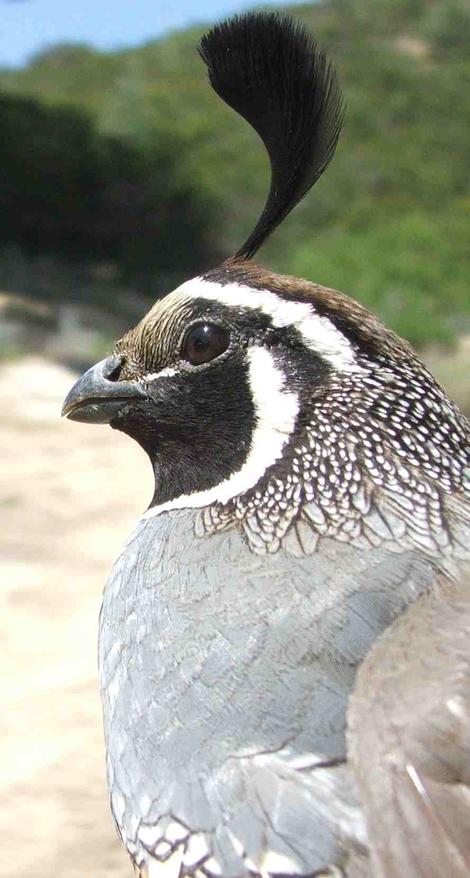 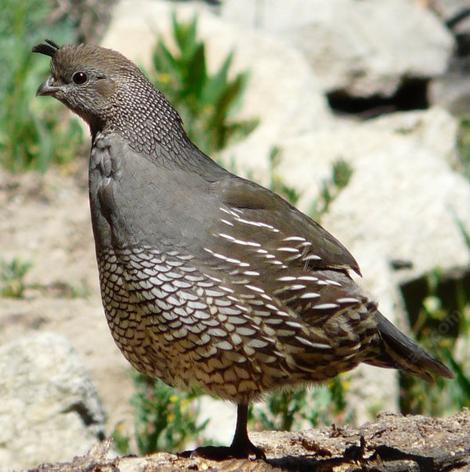 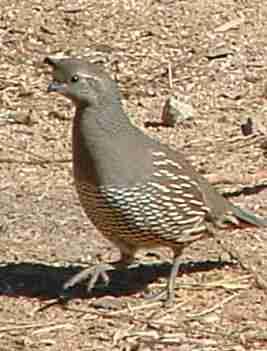 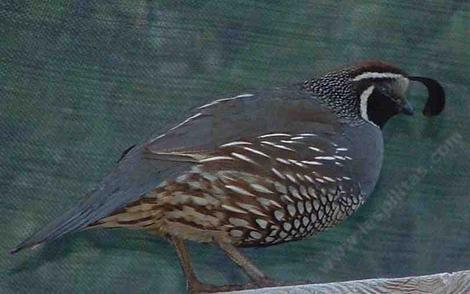 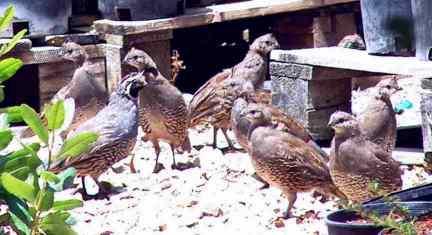 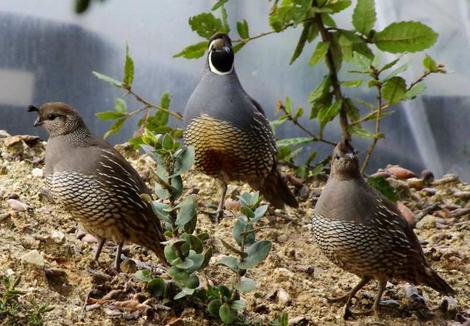 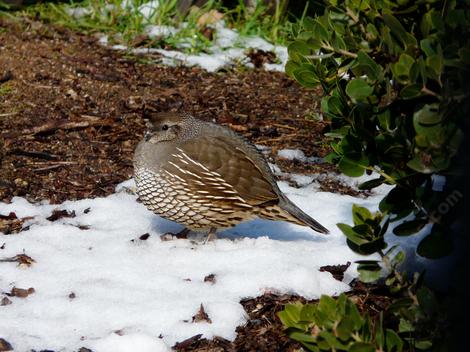 Young Quail are called walnuts. Here they are with their parents. They wander off and then come back, so be patient. 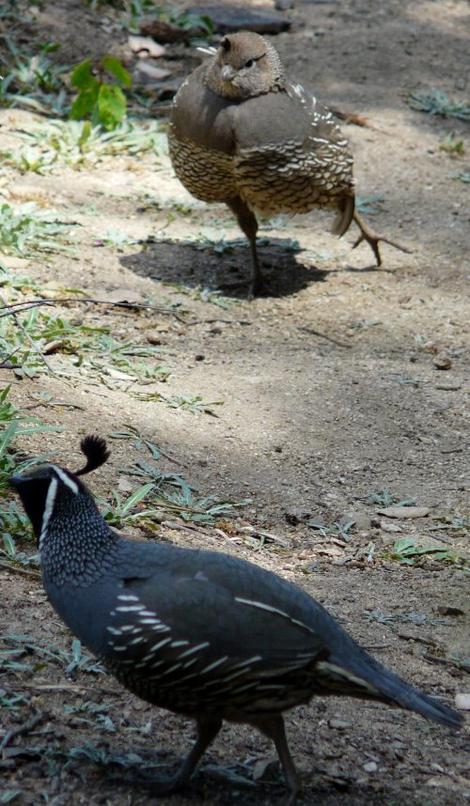 A male California Quail calling.
Other places you might find us roaming about: