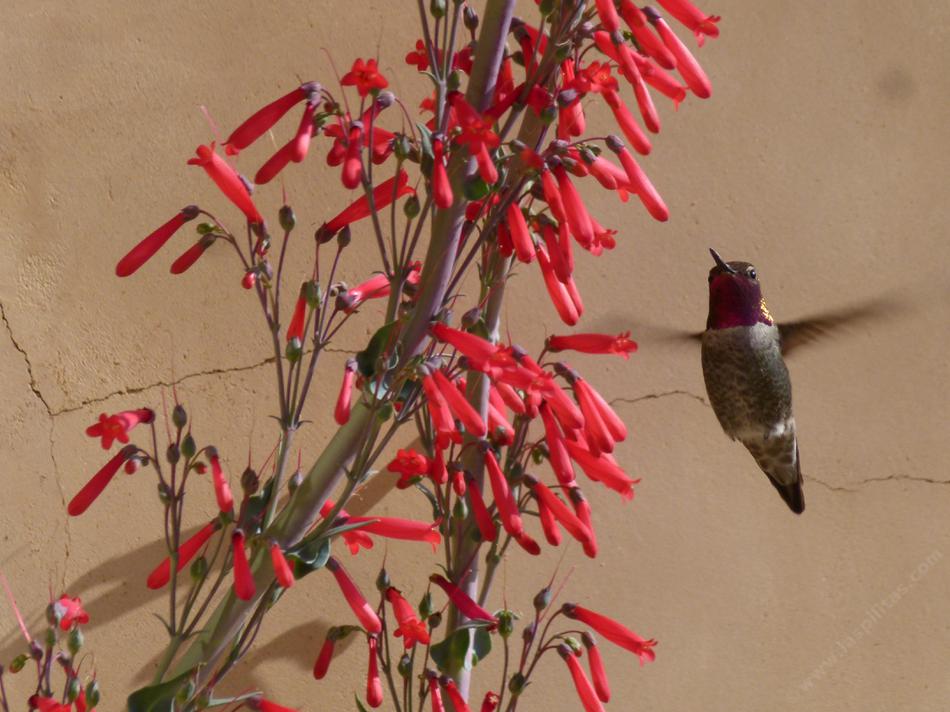 play movie
Penstemon centranthifolius Is an one to two foot perennial with a 2-4' spike of one to two inch red flowers in April-July. Native to dry slopes in the coast ranges and Southern Sierras up to 6500'. Give this Penstemon full sun. Very drought tolerant. Excellent in rock gardens. Cold tolerant to -15 deg. or less. Needs good drainage with very little organic matter. Heavily used by Hummingbirds.
This is native on the Santa margarita nursery site. It is also all around the top of Tejon pass, down on the Mexican border it is overlooking Tijuana. With its gray waxy leaves and hot red flowers it is a little hard to miss. The flower spike is big and stiff so as to be made for flower bouquets. This species is pollinated predominantly by hummingbirds, but sometimes youll find a butterfly parked in one of the flowers. Click here for more about California Penstemons.