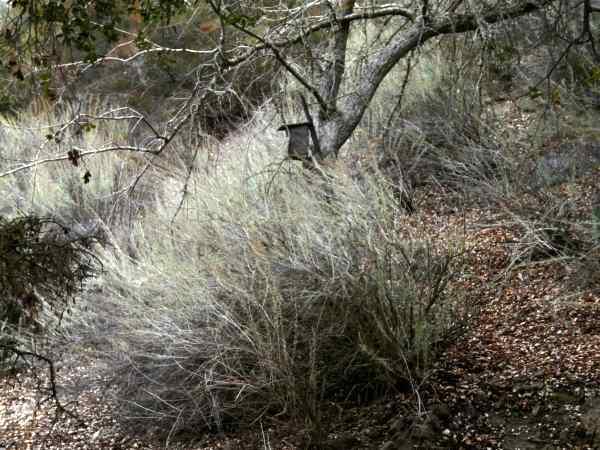 California sagebrush, Artemisia californica is an evergray shrub, three to four foot high. This sage brush is native to much of Central and Southern California and is part of the 'sage' in coastal sage scrub. Historically it made it up into lower Mendocino county and down into Baja usually within 50 miles of the ocean.
Artemisia californica likes full sun, near coast, west and even north slope inland and little or no water after established. Although it doesn't seem to care if it has clay or sand, this sagebrush hates being wet in the summer.
A Tea was used for fever, (you'd have to have a fever to drink it) smoke of burning brush used for removing skunk odor (although I'm not sure which is worse). It was also one of the items used for smudging.

Great wildlife plant, Quail love it! Good plant for starting back a difficult south facing coastal sage scrub site. It is amazing to find oaks regularly coming up under this plant.