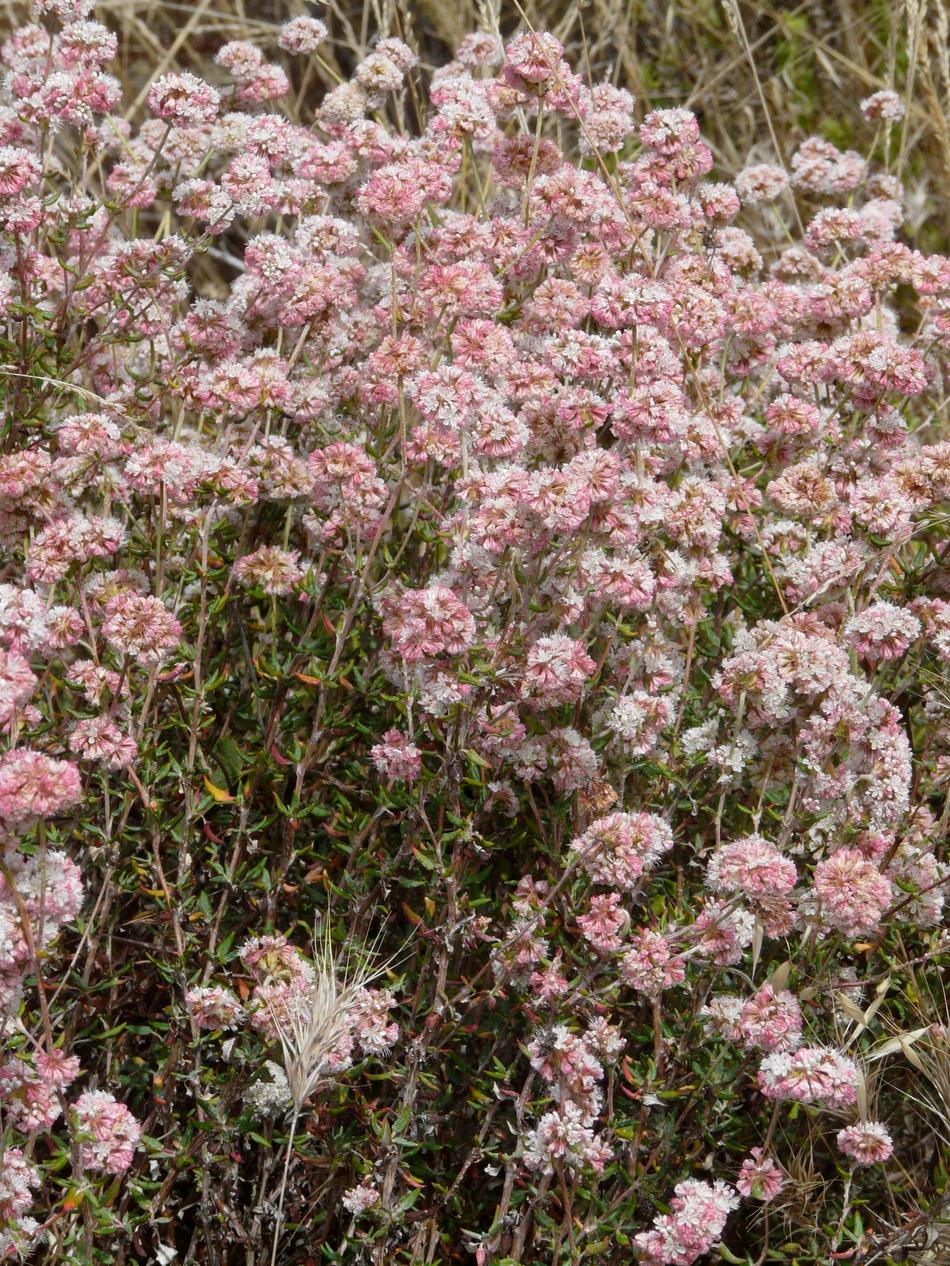 Buckwheats are very important butterfly plants and one of the pillars of their communities. Cliff buckwheat is the host plant for many species of Blue Butterfly in California, including the rare and endangered El Segundo blue, Euphilotes battoides allyni. The flowers, leaves and seeds are all used by many smaller animals. Sea Cliff Buckwheat is a perennial, 2 ft. high by 2 ft. wide. It is native near the coast from Monterey to San Diego. It grows in full sun and can tolerate high wind and salt spray right along the ocean's edge. It can be found growing along cliffs and dry exposed areas near the ocean. It likes both sandy and clay soils. Cliff Buckwheat has red-green foliage, and white to pink flowers. Sea cliff Buckwheat did well here in the interior valley at the nursery until the 0 F., weather in 1990. Plants occurring nearby are Eriophyllum staechadifolium, Diplacus aurantiacus, Sisyrinchium bellum, Salvia spathacea, and Erigeron glaucus, in an open, sunny area of coastal bluffs (sometimes called coastal prairie), in central coastal California. Click here for more about California Buckwheats