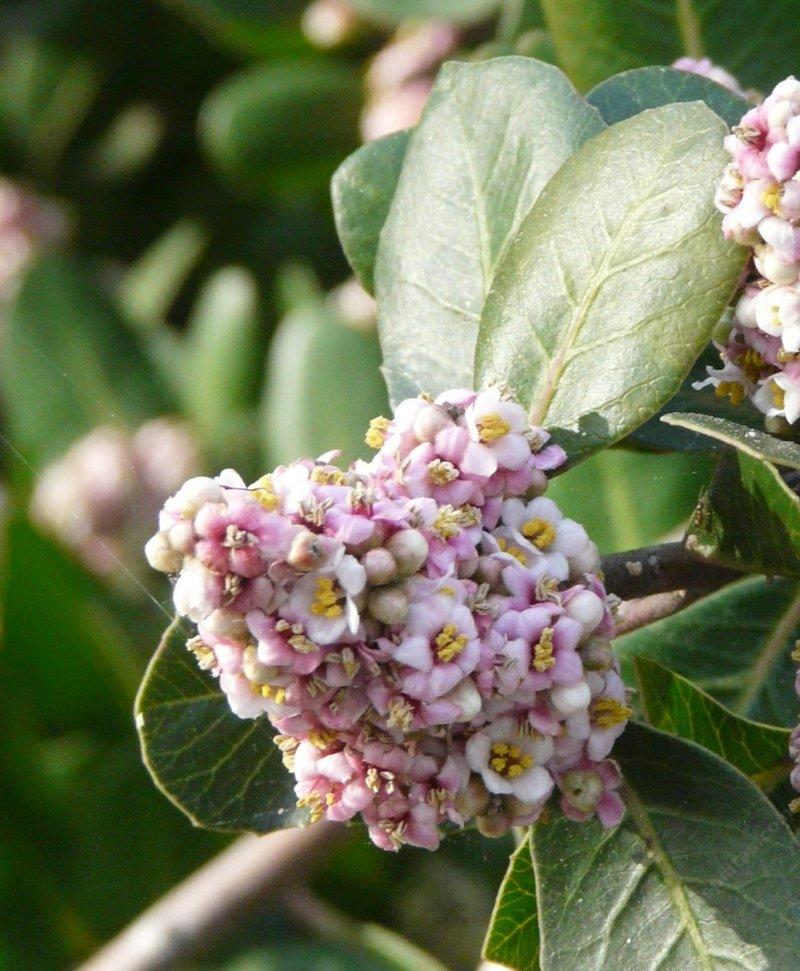 Lemonade Berry is an evergreen shrub to 8' inland, 2' tall in view of ocean. Native from about Santa Barbara south(the ones that are in the Arroyo Grande area, may or may not be native). In San Diego county Lemonade berry extends into areas that would be considered desert by all but the rattiest of the desert rats. Lemonade berry is not super at dealing with ground frost. We've had a couple of these alive here until the dec. 1990 freeze. They defoliated. I waited until June and hooked the tractor up and pulled one up when we got around to remodeling that frosted bed, pulled it out and discovered shoots all over it! (It was coming back better than the Carpenteria californica that was 8' away). There are some planted just above the Bay in Morro Bay that are 20' across and 3' tall. They never got watered here or there. The berries can be used for lemonade. It is good for erosion control, particularly on coastal bluffs. In areas that are fire prone, water once a month in the summer between plants to make fairly fire proof . They will still burn but only after everything else has.