What a cutie. This little bird spends most of his day looking for small insects.

The Wilson's warbler usually nests on the ground under dense cover. However they will also nest in shrubs but usually within a few feet of the ground and always in dense cover.

The Wilson's warbler is usually found in moist habitats with dense vegetation. This warbler shows up at the Santa Margarita nursery occasionally. One of those time one landed three foot in front of me chasing a moth or some other small insect, I had the camera out taking another picture, couldn't focus. Story of my life, lack of focus.

How to attract the Wilson's warbler to your garden

To attract the Wilson's warbler to your garden some willows, Salix spp. would be a good plant to plant.

Almost every time I have seen this bird in the wild it has been associated with willow; willows along the edge of a mountain meadow, riparian areas with dense willows, etc. Willows provide excellent cover for lots of other species of bird, including the Chestnut-backed chickadee and California Quail. Willows also serve as an excellent screen and they grow very rapidly. They do need some water but in most conventional gardens that is not a problem. It also seams to like the dense foliage in our demonstration garden. It hops between a Toyon, a Ribes specieosum, and a Prunus virginiana demissa.

Diet of the Wilson's warbler

The Wilson's warbler eats almost entirely insects. These insects are usually obtained by gleaning. Also a few seeds and berries.

Range of the Wilson's warbler

The Wilson's warbler is found along the coast of California and throughout the sierra Nevada and cascade ranges. The are not found in the central valley or the deserts. Having said this, three of the four pictures we have of the Wilson's warbler were taken in the middle of the Mojave desert. This was in a spring with a few mature willows and dense cover. The other picture was taken along the coast also in a willow thicket.

Migration of the Wilson's warbler

The Wilson's Warbler is only found in California in the summer. This is mainly due to the fact the the bird eats insects. The huge quantities of insects that are normal found in the stat during the summer months are reduced in most parts of the state by cold. So the Wilson's warbler moves south to Mexico or the southern coast of California. 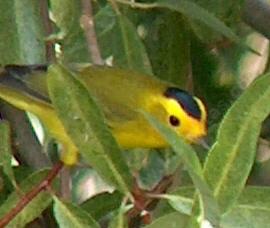 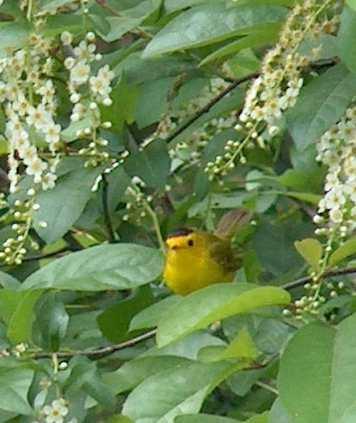 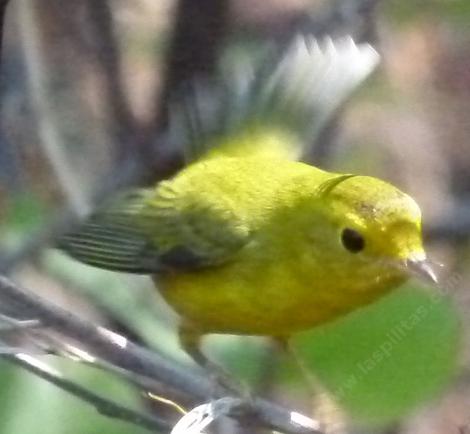 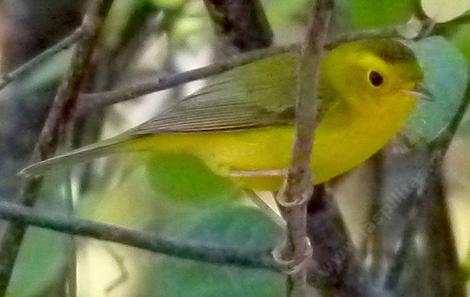 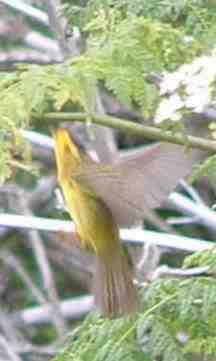