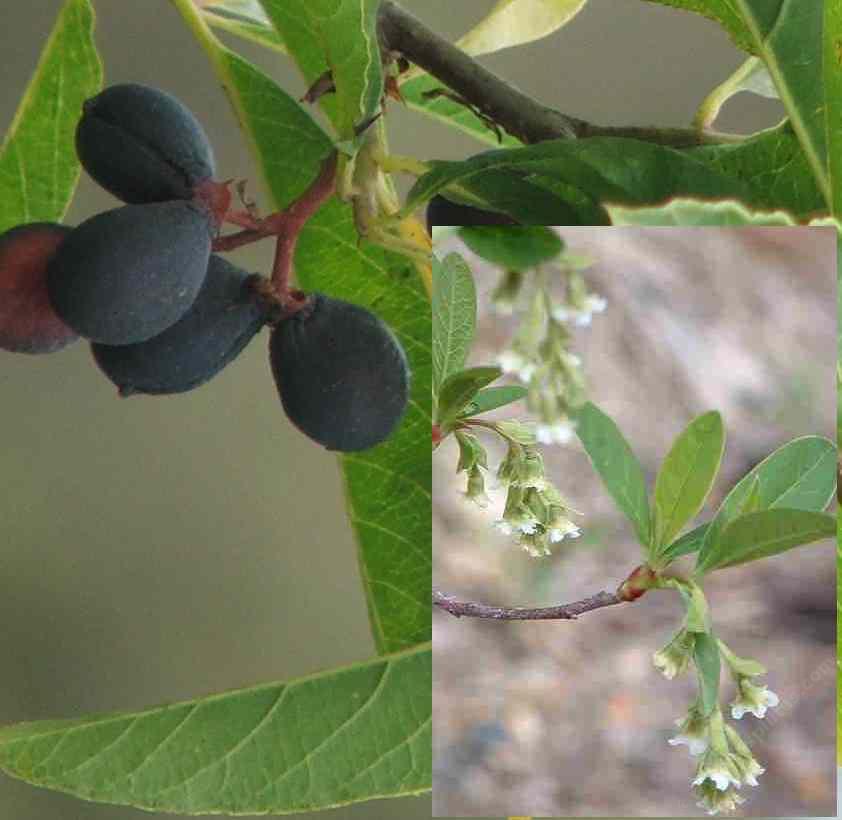 Oso berry, an attractive deciduous shrub to small tree, a green woodsy plant that resembles a pussy willow until it flowers or fruits. Oso berry flowers at the same time as Ribes species(very early spring) and make a good mix with them. Flowers are like many natives, usually males on one plant and females on others, except on good years(or maybe bad years?) then you will find both on the same plant. (Redundancy in native systems is common.) Crushed foliage smells like a green watermelon. The inch (1cm) fruits are like a olive-blueberry(and, from all the literature says, tastes like that) There's not much meat on the fruit (at east here), mostly skin and seed. But it tastes like a very weak plum mixed with a blueberry. Not bad, but a lot of work for a hand full. Partly dioecious, maybe by stress.