The Adult Lorquin's Admiral likes to cruise through a native garden looking for plants like Butterfly mint, Monardella sp. as well as Yerba Santa. They are not held to feeding on perennials or shrubs also enjoy the flowers of the California Buckeye. Such an attractive insect has bad taste. They are also fond of sipping from bird droppings and dung. So all you have to do to attract this butterfly is spread bird and other animal poo? No, better to plant a native perennial garden, it attracts people also.

Like the other butterflies in this family the font legs are greatly reduced. It uses its hind pairs of legs to get around.

At first glance this butterfly can be confused with The California sister. The orange of the admiral's wings extends all the way to the edge where as the California sister has an orange spot that is nearly surrounded by black. Also, the banding and coloration are different.

Habitat of the Lorquin's Admiral Butterfly

The Lorquin's Admiral is found in Riparian habitats as well as Mountain Meadows. It likes moist habitats containing the riparian plant species used by the larvae. 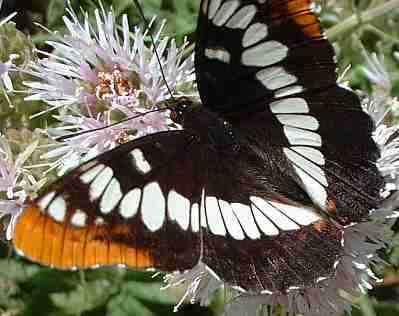 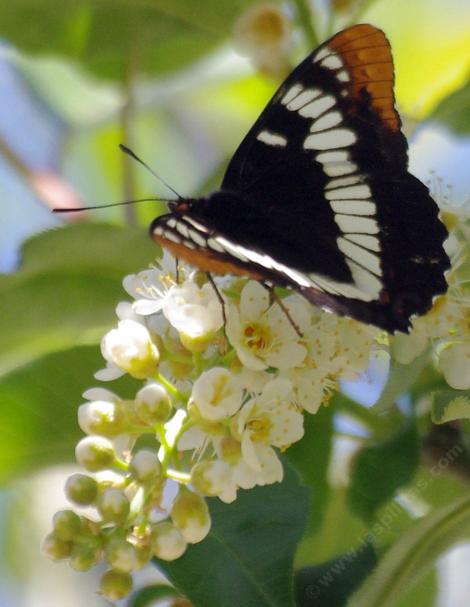 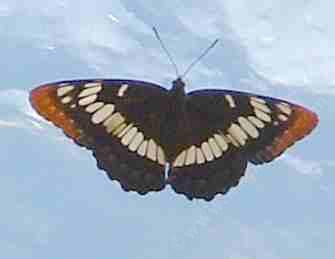 The undersides of the wings are much brighter than the top allowing them to confuse predators. Now I'm here! Flap, now I'm gone! 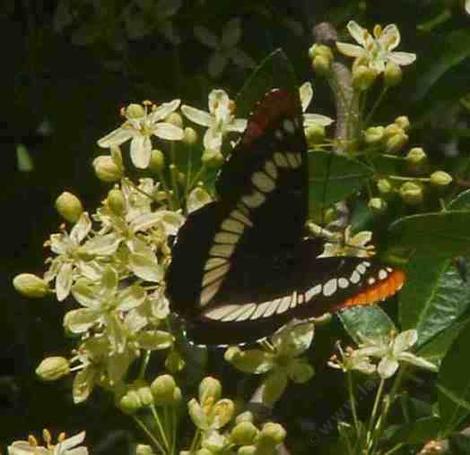 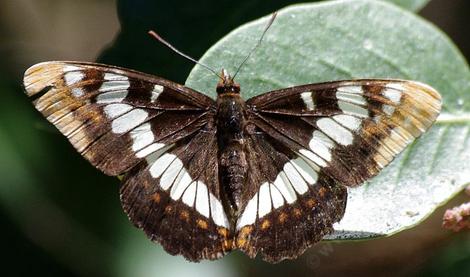