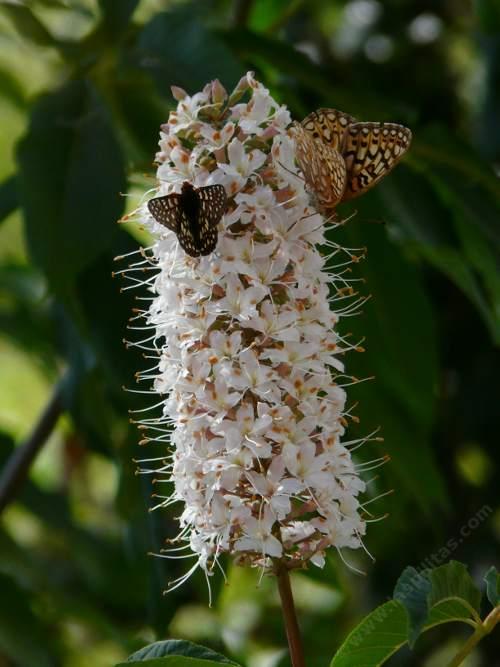 play movie
California Buckeye is a deciduous, small tree, normally growing to 15'. The showy 6" creamy- scented flower spikes appear in April-May. Native to the central coast ranges and Sierra Nevada mountains in partial shade to full sun, tolerant to drought but needs regular water for the first few years. The pear-like fruits are poisonous, and they were used as fish poison by the Pomo, Yana, Yokut and Luiseno peoples (Kroeber, 1925). Although the nuts have no taste to indicate toxicity, they were also ground and leached under running water for three days, then cooked into a gruel as an emergency food supply. Even though they are deadly we lost our first mother plants to gophers... Toxic to non-native bees, native bees and butterflies seem to like it. We've seen this tree in a few spots along the foothills of the Sierra Nevada mountains and coast ranges normally next to a spring, creek or other source of moisture. In the garden it will go deciduous early if it gets dry.