Garden plants utilized by the larva of California Sister butterfly

The California Sister butterfly is similar in appearance to the Lorquin's Admiral. However the California sister has red spots surrounded by black whereas the Admiral has orange wing tips. It can also be distinguished by the small blue wing shaped patches with red centers on the front of the fore wing. The California sister is named for its black and white coloration on the fore wing that resembles a Nuns habit. (Which I still can't see). They are not afraid to open their wings so you can get a look at the top side, although the underside is just as striking, if not more so.

They can be found around the nursery sipping from fallen fruit or fruit already pecked open by the birds. They rarely sip nectar from flowers but they have been known to use California Buckeye, Aesculus californica as well as Toyon, Heteromeles arbutifolia flowers. In a native plant garden they live on the oak trees and sip mud under the bird bath and along the paths. 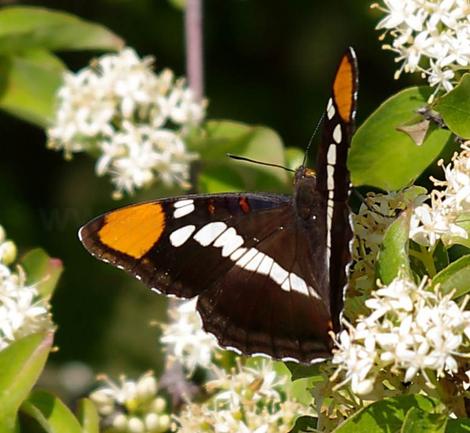 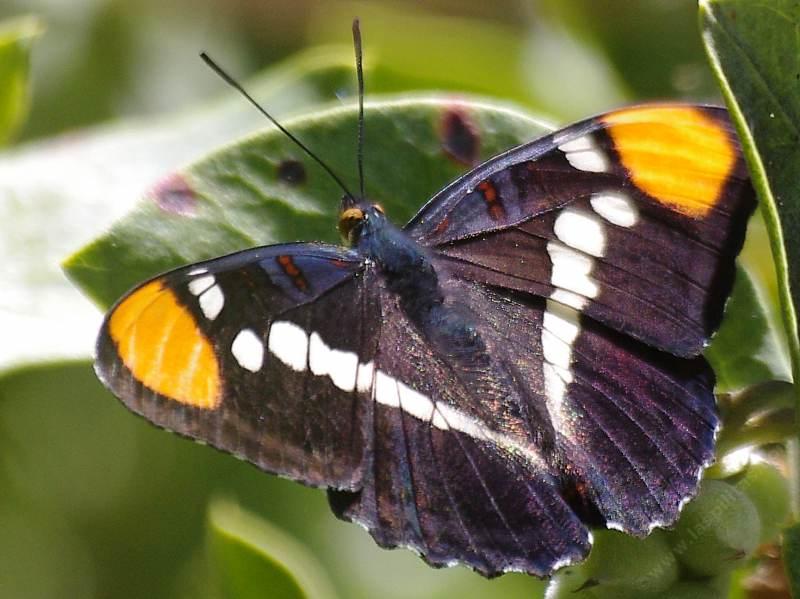 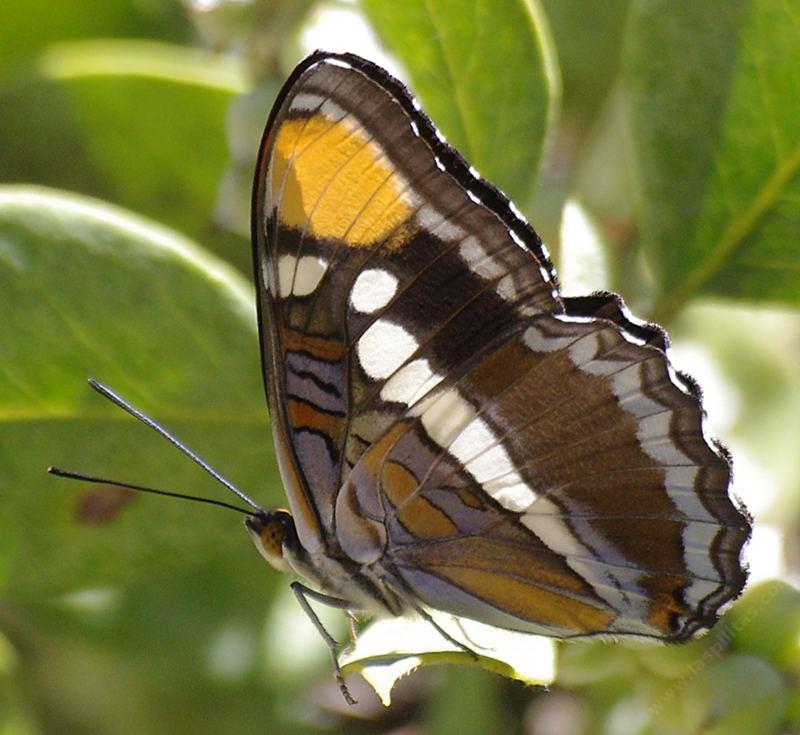 California Sister Butterfly, Adelpha bredowii californica from the side