Creosote Bush Scrub is a plant community dominated by Creosote bush, Larrea tridentata. It occurs in the lower elevations, below 3500 ft., In California it occurs in the south eastern deserts.

Animals and plants in the Creosote Bush scrub have incredible adaptations for survival. The spade foot toad will dig deep into the soil with its spade- shaped hind feet when the soil begins to dry up. When a thunderstorm occurs, the low frequency vibrations stimulate the toad to emerge. The toad must mate, lay its eggs, and the young tadpoles must mature all before the puddles produced by the thunderstorm disappear.

The temperature may vary extremely, from well over 110F in the summers to far below freezing in the winter. A more influential climactic factor than even the temperature is the relentless wind. The wind makes many of these areas very difficult places for plants and animals to survive. Crazy humans with cameras don't favor very well either. It increases desiccation and wind chill.

Creosote Bush Scrub is open and sparse with an abundance of bare soil between plants. This bare soil helps to prevent the spread of fire. With the introduction of alien annual grasses this important feature is lost, and fire travels fast and generally unchecked. These bare areas are often coated with spring ephemerals.

These annual wild flowers create an incredible show on wet years and may not even appear on dry ones. In the harsher areas of the desert the Creosote bush may stand alone with no other associated plants for miles.

The Creosote bush forms clonal rings that may extend for miles and be thousands of years old. These Creosote bush rings are formed by the growth habit of the Creosote bush. As the Creosote bush grows new branches on the outer edge of the plant the inner branches die out, so that over time the outer branches form a huge ring of growth. In more favorable areas cacti such as Opuntia spp. are abundant. In these areas the plant community is far from a monoculture and it may contain many species of plants from various families.

5-10 inches of precipitation, Much of this rain occurs as summer thunderstorms.

A slightly alkaline to very alkaline soil. A great soil that is usually a sandy loam.

This community is under siege by Bromus species. When Bromus (small weedy foxtail type grasses) invades, these areas become much more fire prone. 5000-10000 acre fires burn in an area that used to never see fire. This community is very sparse and the plants usually don't touch. So fire doesn't travel well but connect them with dry grass and boom. Fire favors more Bromus and the cycle continues.

Many of the cities and towns in the Mohave desert are surrounded by Creosote Bush Scrub.

Bromus species, small foxtail- type grasses, and other weedy alien grasses, are invading this region causing flashy grass fires that replace the delicate desert ecosystem with more grass and weeds the first time it burns. If you live in this area, or want to develop a Creosote Bush Scrub plant community, CONTROL the weeds. Absolute control is a requirement. Spare no weeds, but protect the wildflowers.

The Creosote Bush Scrub has a very seasonal flower show. It is amazing how diverse and supportive of life this community can be.

The Creosote Scrub is full of lots of animals (especially reptiles) even though you probably won't see many.

How to create a Creosote Bush Scrub plant community in your garden.

What, Creosote scrub in your garden! Although this seems to be a contradictory statement it is not. It is actually fairly easy to create a Creosote Bush Scrub plant community in your garden. You have to start with some basic conditions for it to be possible: first, well drained soil; second, no more than about 30 inches of rain a year. The plants can tolerate frost but not frozen ground. Plants should be planted without any amendments to the soil. Most California native plants especially desert species, do not like disturbed soil. The plants should be planted with minimal disturbance; no tilling, etc. Plants should be watered well when planted. Plants in the creosote bush scrub plant community like to have a boulder or rock placed on the south side of the plant. This helps to regulate soil temperature. Also, these species do not like mulch. The soil should be bare with the exception of debris that falls from the desert plants themselves. The soil should be especially bare of weeds; these will destroy your creosote bush scrub. To reduce soil disturbance, we spray weeds with a herbicide such as Round-Up. After the initial watering the creosote bush scrub should be monitored the first year. (See planting guide.) After the second year, the only time that the desert garden should be watered is in the summer and only on exceptionally dry years. This watering is to simulate a thunderstorm.

The desert plant communities need bare ground so the wildflowers can emerge and flower.

A list of California native plants that grow in the Creosote Bush Scrub plant community. 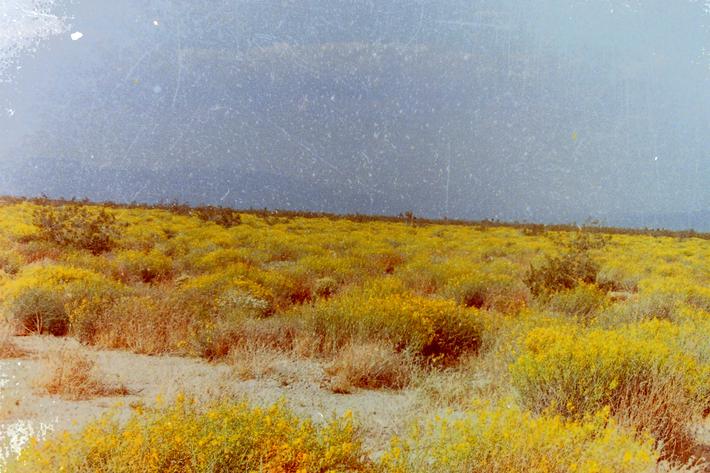 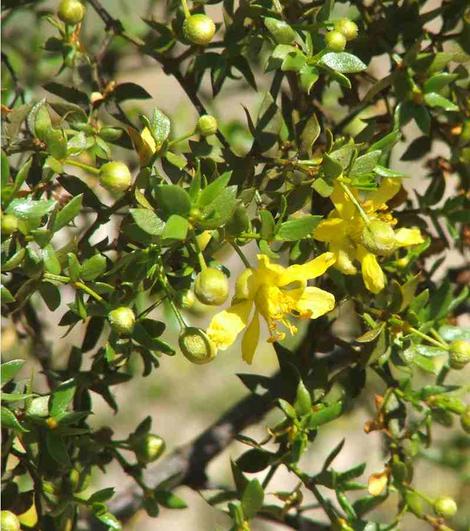 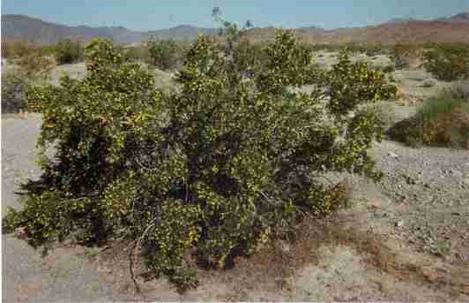 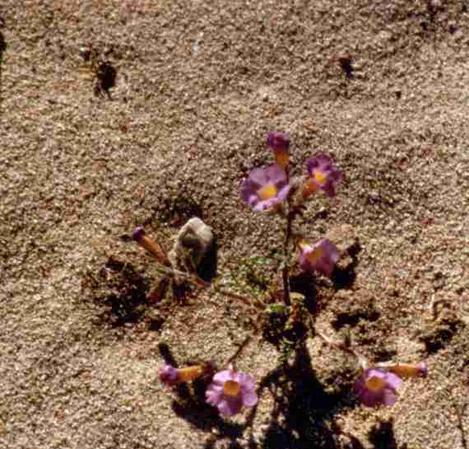 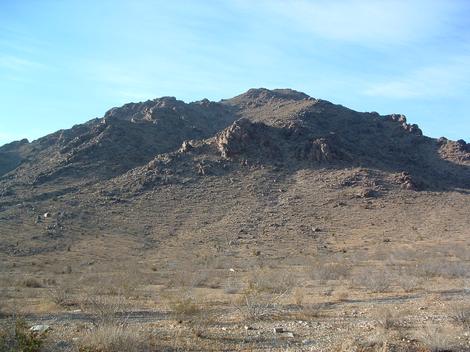 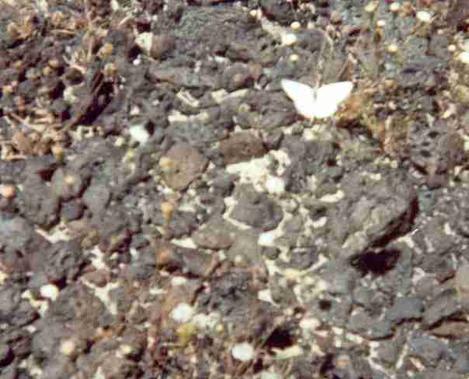 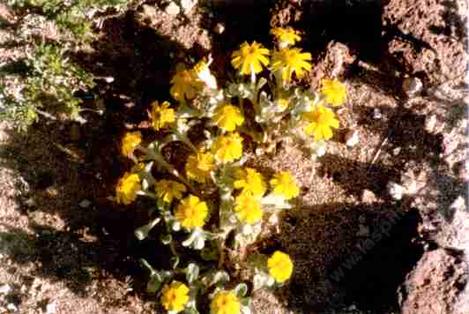 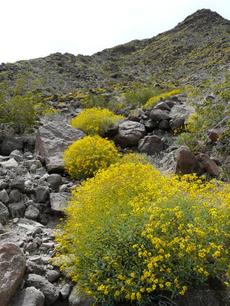 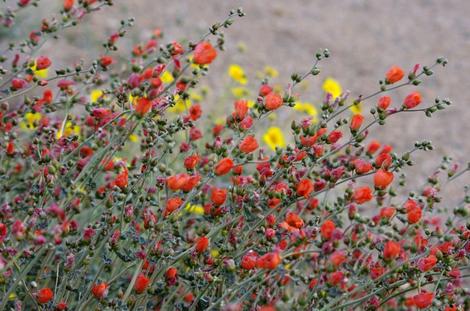 There are some wonderfully colorful plants like Desert mallow mixed with the Creosote.