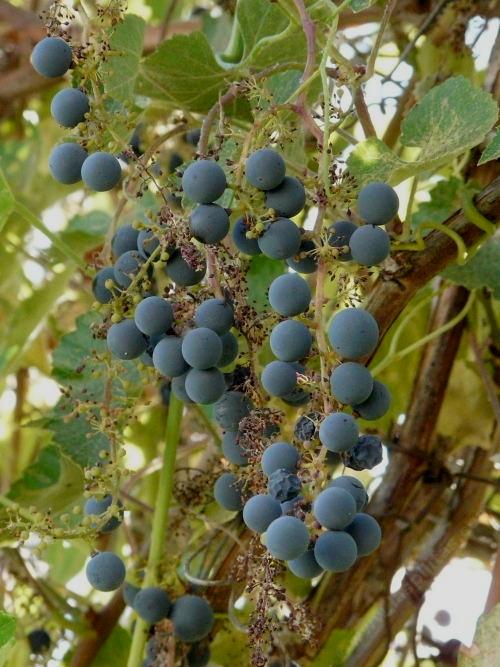 play movie
California grape is a deciduous vine to 30'. If this grape has no support it will make a nice groundcover and can cover a large greenhouse in 4-5 years. It has clusters of small edible grapes. Bees love flowers. It grows along streams and in seeps throughout much of central and northern California. We've seen it in the Sacramento River bed, along the Sierra foothills and on I-5 at the Grapevine. It has done fine here and in coastal gardens. It likes regular moisture but not to be wet and full sun or a way for it to get to full sun. Will grow under Umbellularia californica. We currently (12/3/20) have 45 1gal Vitis californica Rogers Red grape hybrid. Email Penny if you would like to order them.