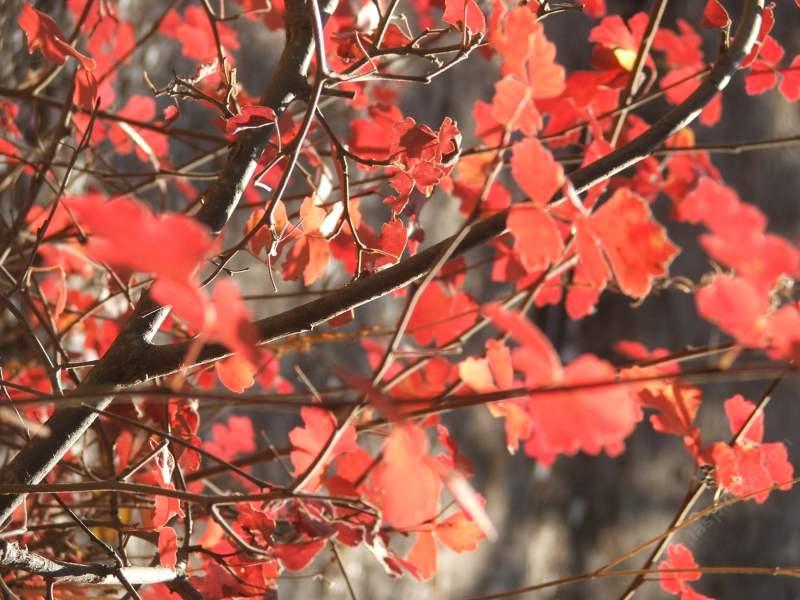 play movie
Rhus trilobata (aromatica), Fragrant Sumac is a very tidy looking deciduous shrub. It has a very attractive arching habit and some of the most beautiful fall color in warmer drier climates. Rhus trilobata is native from Oregon, down through California and Baja, across to the Rocky Mountains and down to Texas. It likes sun to part shade. It looks tidier in more sun. It is very drought tolerant. It looks very similar to poison oak but without the irritating qualities of it. Native Americans used the berries as a mordant in dyes. Kearney and Peebles also say the berries were eaten. McMinn says that people made a tea like pink lemonade out of them. Syn. Rhus aromatica. (Have some Skunk Bush tea...?)