Nuthatches and warblers every where, Tree squirrels and chipmunks, Stellar jays, etc..

Acidic sand or granitic soils. These are the areas that to grow a veggie garden you must pour the fertilizer and compost in at levels greater than the soil. If there's enough air flow and sun the coastal sage scrub species will do fine along with most of the yellow pine associated species.

A lot of cool plants grow in a Douglas Fir (Pseudotsuga menziesii) Forest. The climate is much like the temperate forests of the world, and the plants tolerate regular water that the homeowners insist on using. The winters are rather mild, rarely below 25F, with snow in the colder areas to insulate and protect the plants, and summers regularly get into the 80's.

If you decide to build a Douglas Fir Forest in your garden find a good source of mulch, (shredded redwood or fir bark), put in a low volume overhead sprinkler system. The soil should be slightly acid and raw, please no soil amendments. (The mulch goes on top.) Plant the garden with as many Douglas Fir Forest plant community species as you can find, and one to three Douglas Fir (Pseudotsuga menziesii) trees. Water well at first and then water once per week in the summer, with spritzes when it's hot and the rest of the year if it's not raining. The soil should be moist, but not wet and allowed to dry only in fall. I dropped my digital camera and it partially broke the week before we made this trip into the Sierras. The resulting surreal photo gives a feel for the understory plants in a Douglas Fir Forest.

Douglas Fir (Pseudotsuga menziesii) Forest plant community brings to mind dripping needles and tall dark canyons of road way. Most of our pictures are up towards the sky, because it is too dark under the trees to get a good image. Rainfall is high, (25-65 inches) where the Douglas fir lives, only exceeded by the areas where the redwoods grow.

A list of California native plants that grow in the Douglas Fir Forest plant community. 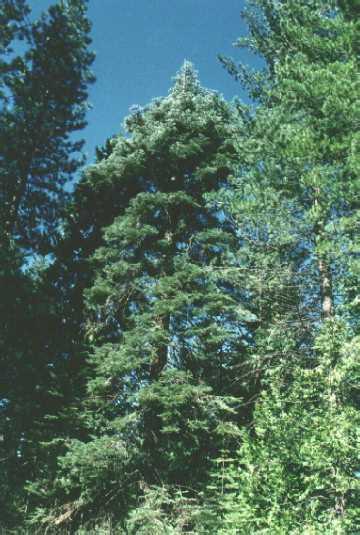 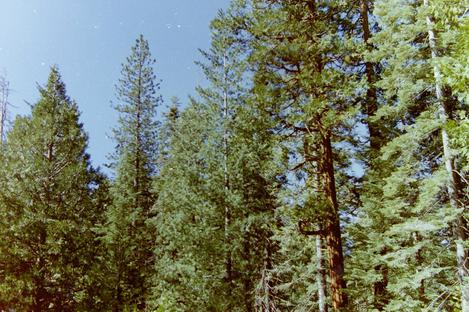 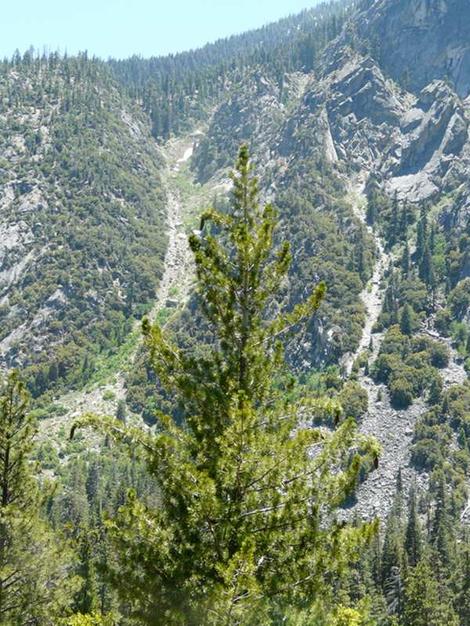