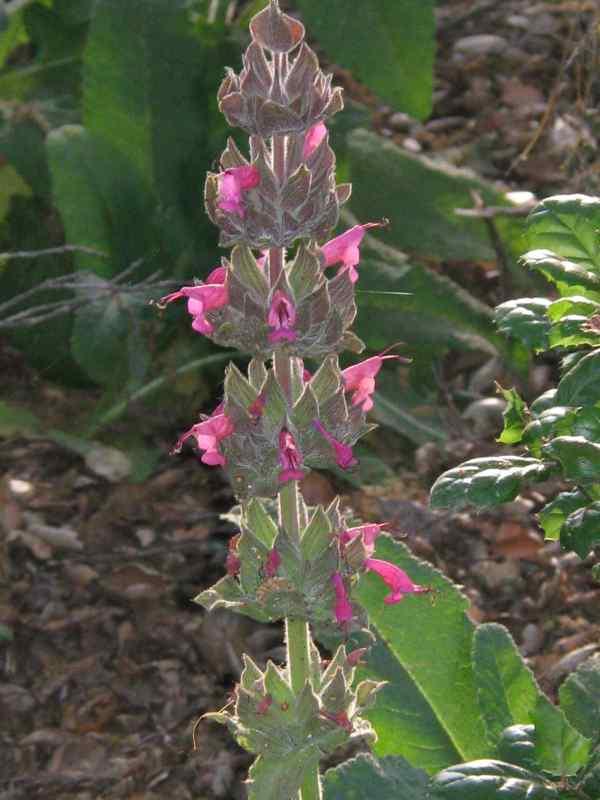 Many decades  ago we did a few plant sales at the Topanga RSCD office.  Exploring about we  found this Hummingbird Sage deep in the Santa Monica mountains west of Los Angeles. At the Santa Margarita nursery the plant is now twenty feet across and happily flowering its way into our web pages. (Growth rate is about 5 ft. across in 7 years.)

Plant in part shade, under trees or even under a deck. In the wild, hummingbird sage used to cover acres under the oak canopy in an oak forest. This sage can grow in heavy shade and out into full coastal sun. In the interior give the plant at least afternoon shade. Although very drought tolerant after its established, surviving years of almost no rainfall, it prefers to have its foliage washed off occasionally with a hose or sprinkler.