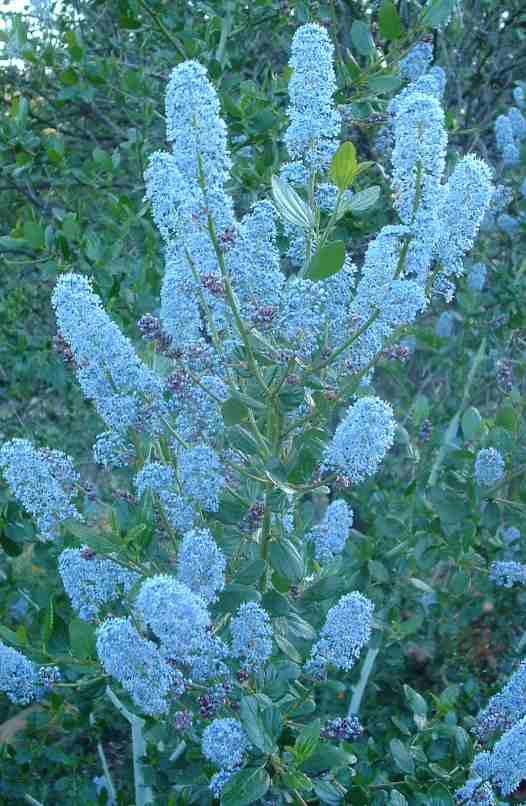 A nice Ceanothus for those of you that live in the northern California forest. This form is the extreme northern California form of Ceanothus oliganthus var. sorediatus that appears to have some Ceanothus thyrsiflorus in its parentage. Occurs in many chaparral and inland locations around the East Bay. This mountain lilac used to frequent the Oakland Hills and much of the chaparral in the Napa and Marin Counties. Click here for more about California Lilacs (Ceanothus). Why do the roots of some of the Ceanothus look funny? Syn: Ceanothus oliganthus var. sorediatus