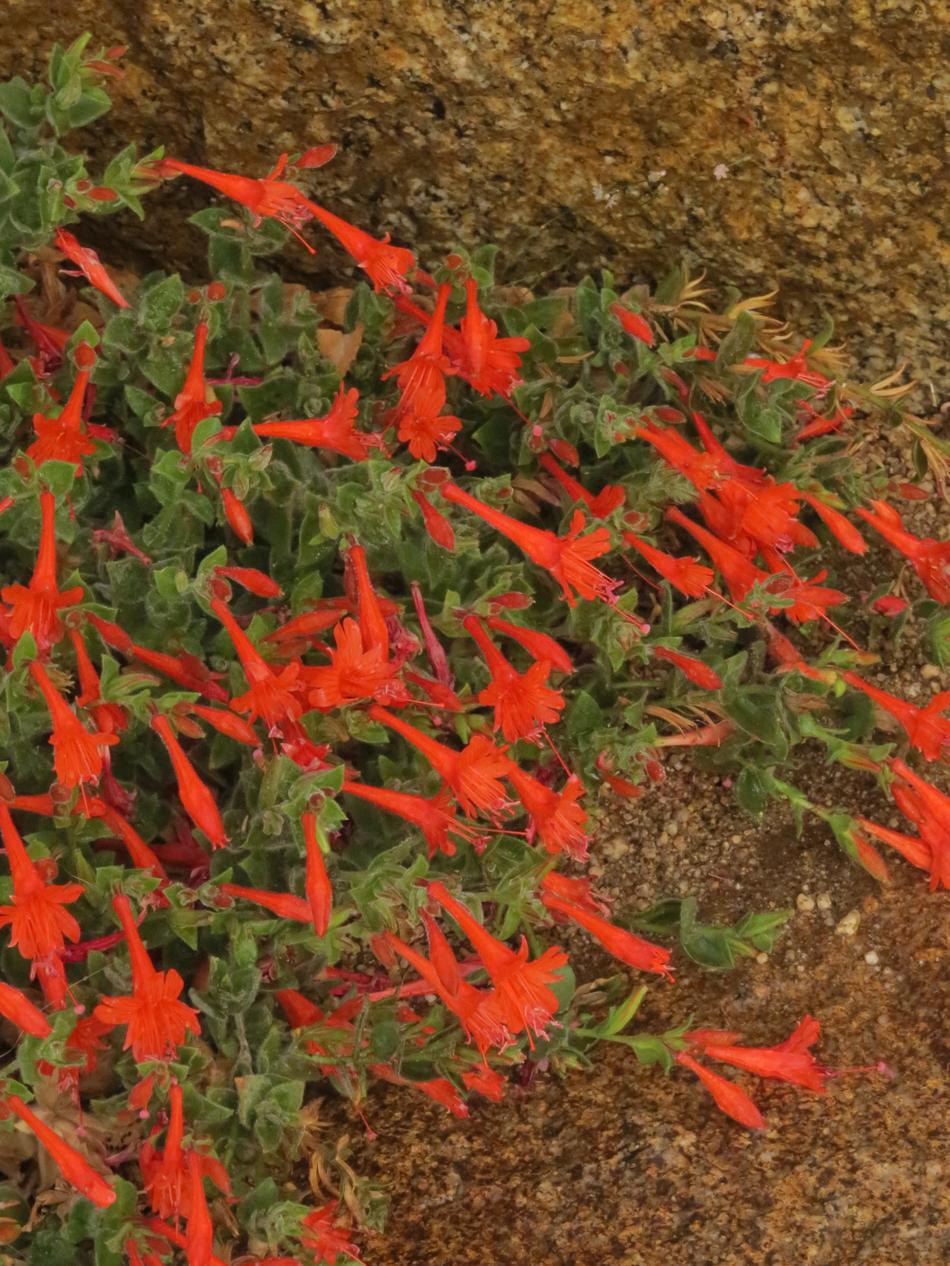 This high elevation California fuchsia is a one foot tall perennial that makes little clumps of hot red-orange on north slopes at higher elevations. It usually grows best under Jeffery Pine, Ponderosa Pine, or White Fir. It can grow up to just below the tree line. It usually grows next to seeps or snow banks. It looks beautiful at higher elevations and burnt at our location until we found a spot it likes. It has been fairly stable here, looking good in spring, the top missing after a few weeks of 110 degree temperatures. If your climate gets down to -10F or -15F with no snow cover or -30F with snow cover and summer temperatures that stay below 85 degrees this is a great plant! Use it in rock gardens or perennial gardens. This would be an excellent plant to try in The Pacific Northwest, The Northeast and Europe. A version of Zauschneria is grown in Britain (Hay) but they do not grow the higher elevation forms and list it as half-hardy (which all the others would be). For those of you in Big Bear or Idyllwild this plant is a show stopper in your garden. (Syn. Epilobium latifolium viscosa)
More California Fuchsia, Zauschneria or Epilobium