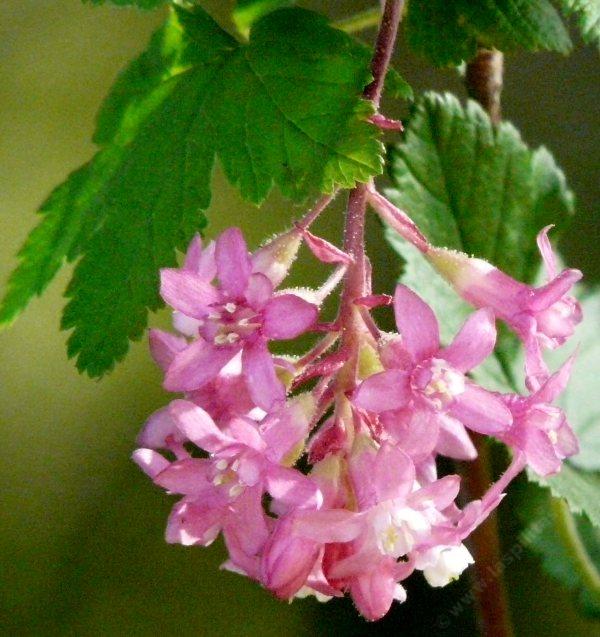 Pink Flowering currant is a five foot deciduous shrub with long showy pink flower clusters that cover the plant in January to March. Ribes sanguineum glutinosum is native to canyons and north slopes in the coast ranges. This currant likes shade to part shade, moderate water in interior, very drought tolerant in coastal gardens. Sometimes growing in deep shade next to a seasonal stream in heavy clay, sometimes on north slopes. They were surrounded by Bays, Tan Bark Oak, Yerba Buena and Holodiscus.

We've planted them in sand in Cambria and they grew like weeds (eight foot in a year). They look like they belong in a redwood garden ,Oak Woodland or Evergreen Forest. Pink flowering currant can be successful in a lawn.
This plant looks good enough for a formal landscape. It will survive most garden situations.

We've had one survive here for 23 years with no water in the shade  of a Coast Live Oak. (It finally died of drought in the drought.)

Pink Flowering currant  is more drought tolerant that most of the drought resistant' plants of the trade, but in a native garden plant towards the wettest section of the garden.
Click here for more about California Currants and Gooseberries