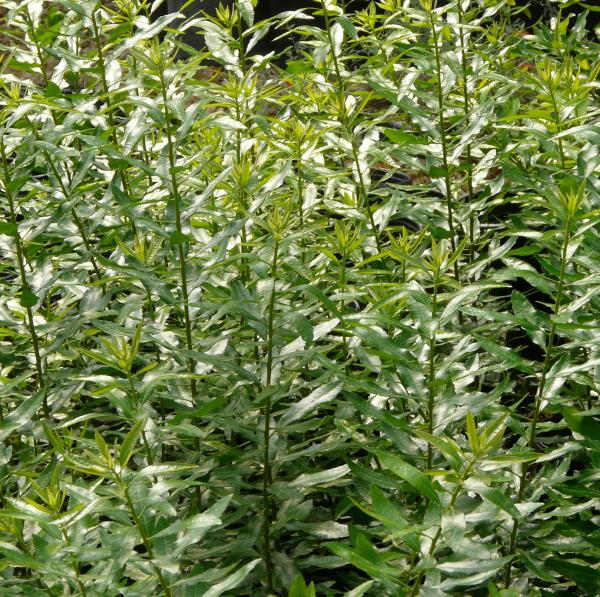 Pacific Wax Myrtle is an evergreen shrub or tree to 15 feet, and is native to the coasts of California, Oregon and Washington. Pacific Wax Myrtle grows in full sun in coastal areas, and does best in afternoon shade in inland areas. Foliage is happiest when rinsed off every so often during dry season. This shiny, fragrant-leaved evergreen is cold tolerant to 25 degrees Fahrenheit in containers, and 20 degrees F in the ground, and needs summer water in inland areas, as it grows in moist spots naturally ( In many towns, the water from a bird bath will be enough to keep it growing well). An excellent hedge or screen along the coast as it is very tolerant of wind. Myrica californica (Morella californica) tolerates sandy, loamy, or clay soils. By adding nitrogen to the soil by way of its roots, in combination with nitrogen -fixing bacteria (nitrogen fixation), this myrtle species builds soil health. Myrica californica is a great transition plant between that loud, obnoxious neighbor next door with the overwatered garden, and you. Pacific Wax Myrtle transfers nitrogen and water and other nutrients to various other plants in the garden, and reduces the need for additional fertilizer and irrigation. Myrica californica can also be sheared for a more formal-looking hedge, if desired. Syn. Morella californica