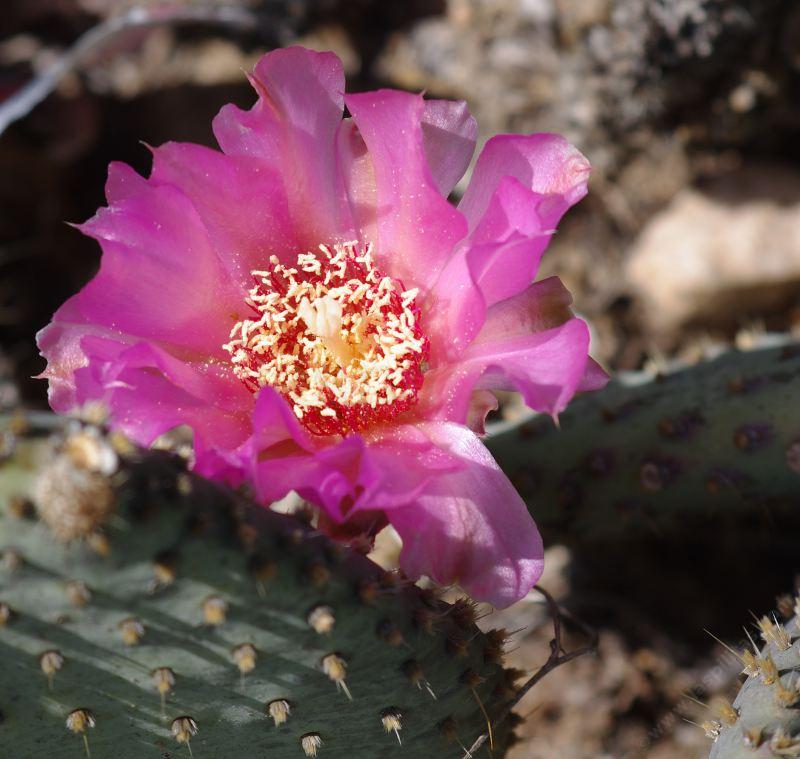 play movie
Historically, Bakersfield cactus covered large areas of the southern San Joaquin Valley. Our plants came from Jack Zaninovich who had a little nursery that grew plants for the Kern chapter of California Native Plant Society back in the 1970's and 1980's. The cactus has survived here for decades. Bakersfield cactus grew from Arvin to Edison and up to the western edge of Tehachapi. Cactus cannot tolerate fire. When the alien, annual grasses moved in (anthropomorphic disturbance), and they, being a very light, highly flammable, fuel, of course, burned, much of the habitat, including the cactus, was lost. So, now the cactus only exists where fire can't reach it. Grows with Eriogonum fasciculatum var. polifolium, Ephedra californica, Encelia actoni, Isomeris arborea, Yucca whipplei cespitosa, and Brickellia nevinii in blue oak woodland. Syn: Opuntia basilaris var. treleasei