Broad-leafed shooting star is a nifty little early-spring perennial of the cool shady woods of central California and up into British Columbia, only growing in the mountains of southern California. If you have one of those moist, northern flower beds that has moss growing on it, this can add some color. Mostly grows in the part shade between the evergreen trees, and under the shade of the deciduous trees (before they fully leaf out); in the Primrose family, Primulaceae.

This plant is sold out right now. The worker bees are working on it.
Dodecatheon hendersonii 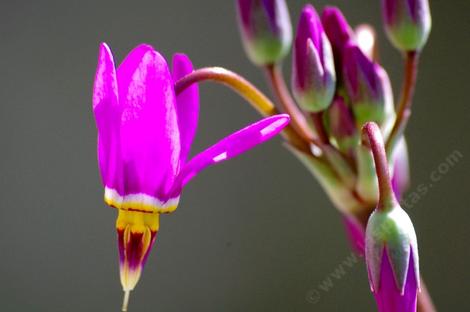