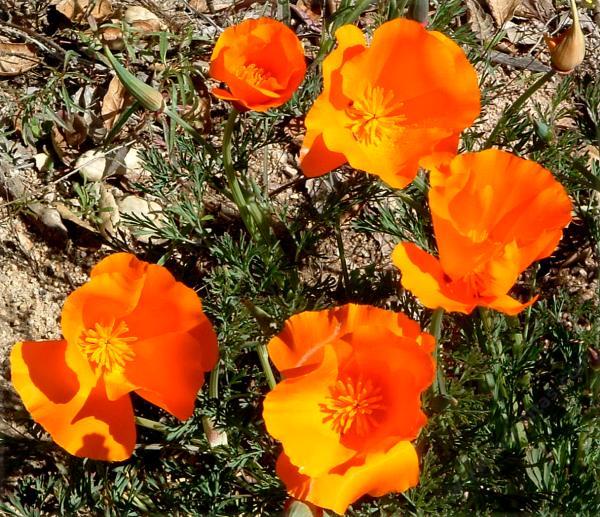 play movie
Munz lists four flavors of California Poppy that have largely geographic separations. We finally gave up and are lumping most here as the trade doesn't seem to separate them.
It seems a California poppy is a California poppy; sow seed in winter and maybe make the quail fat and happy, sow in fall and really make the quail happy. Plant a few gallon plants and you may end up with more flowers and quail. Cover the seed with twigs and branches just until plants are large enough that the quail are not so interested any more, (until the seeds show up). Or we plant after the first couple rains in the late fall or early winter, to distract their attention with other small emerging green things.