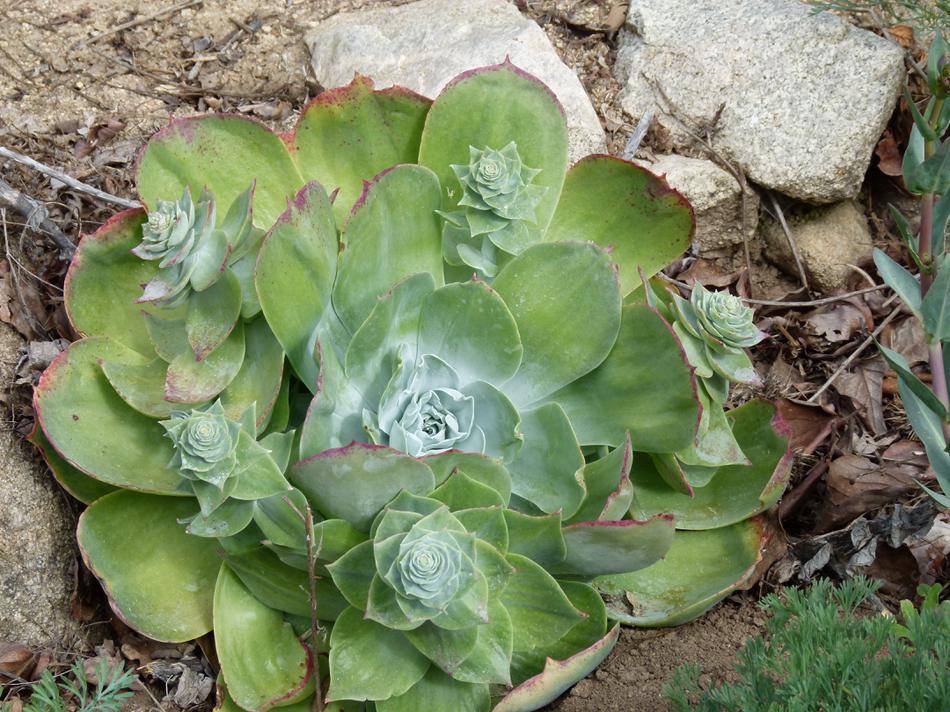 play movie
Chalk Liveforever is a succulent with a one to two foot basal rosette from which a 1 1/2 ft. spike of red flowers appears in May through July. Native from about northern San Luis Obispo county south along the coast They are native around the nursery in Santa Margarita where they grow at their best in part shade on rock shelves for good drainage. Plant rosette at angle so water will drain off the crown and you have a good rock garden plant. Cold tolerant to about 12 F. Even though these are native all around us, they froze out of here in December 1990. Companions here in the central coast ranges (west-facing slope) are Quercus agrifolia (just under, and close to drip line), Lonicera hispidula, and Symphoricarpos mollis, Dudleyas can grow pretty much anywhere as long as they have water, half-day to full day light, some boulders or rocks amongst which to grow, a slope for drainage, or shallow soils on the coast, and any soil, except pure sand, unless the sand has a tad of clay in it. Now that is an easy-grow plant!