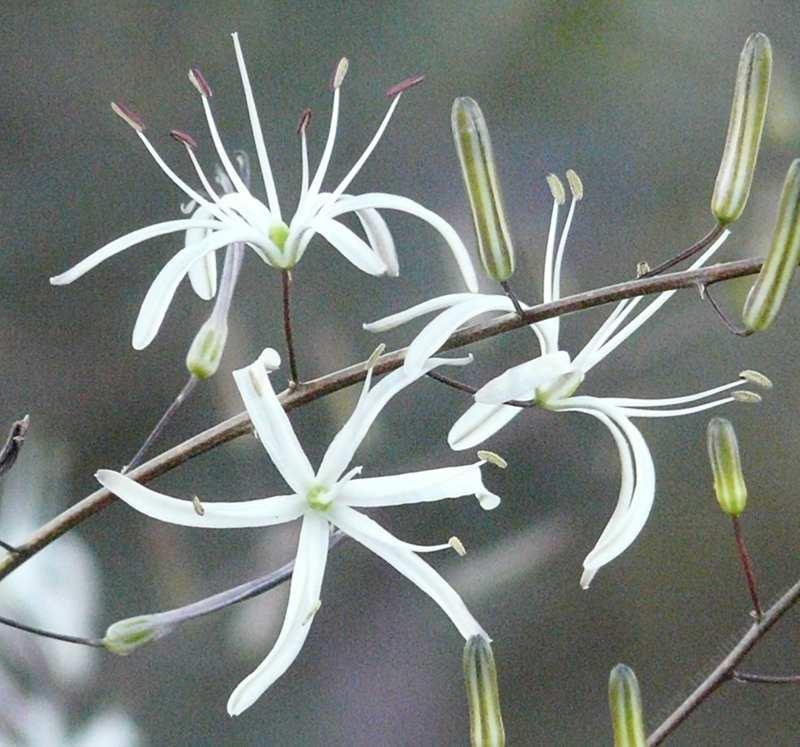 play movie
Soap Lily has long, strap-like, wavy leaves that lie along the ground, and a loose spike of small white flowers up to 2 feet high, and flowers from around May-August. Soap Lily, Chlorogalum pomeridianum, ranges from southern Oregon to San Diego, California, grows in full sun, and is drought tolerant within its range. Chlorogalum pomeridianum survives the long rain-free season by means of underground bulbs, which are filled with food by the growing leaves during the winter and spring seasons. If you are starving, the bulb may be eaten only when roasted (soapy onion); the raw bulb being utilized as soap. Soap Lily, or Amole, goes dormant in summer and fall. We can sell this only in spring and early summer. Soap Lily makes a unique addition to a California native garden (and having emergency food in the ground doesn't hurt either).