California native plants use mycorrhiza, a symbiotic relationship between plant roots and fungi, to tie up ammonium, calcium, iron and phosphorus ions. California native plants form their own nutrient cycle, shutting out weeds and other non-mycorrhizal plants. Mycorrhizal plants have their own nutrient sink from which only they and their plant association can pull energy. Other plants that are not adaptable to the mycorrhizal grid on the site are excluded from the nutrient sink. This is incredibly important to you because it means you can control the planting and have big lush mycorrhizal plants and weak unstable weeds.

The key to this is that most weeds have weak or no mycorrhiza, most natives have mycorrhiza of one kind or another. Knowing which kind of mycorrhiza is supported on your site, and thus what plants your site will support becomes the trick. Almost all the site nutrition can go to your plants, or in a disrupted site you can establish a community that is self supporting with progressively less input.

Nitrification of soils is decreased in the presence of ectomycorrhizas and ericoid mycorrhizas. "As long as the vegetation can regenerate, self-induced nitrogen stress may in fact be of selective advantage in that no other species can cope better with these conditions. Ectomycorrhizas may then be seen as contributing to the creation and maintenance of conditions of which they are the most efficient exploiters. Moreover, periodic disturbance by wildfire or climatic agents occurs in many ecosystems in which ectomycorrhizal plants are important components and serves to reduce surface organic accumulation and expose mineral soil. In this respect it is interesting that the establishment and mycorrhizal infection of the seedlings of some ectomycorrhizal trees is most successful in mineral soil... Taken together these features suggest that a controlled and virtually closed nitrogen cycle may be in operation, dominated to a considerable extent by the ectomycorrhizal fungi. "Only plants capable of forming an association with these fungi can break into the cycle and become established "(Alexander). I quoted that directly because it is so important. The nitrogen stress is imposed on other plants not on ectomycorrhizal plants. Ectomycorrhizal plants support, Azospirillum sp., bacteria that fix nitrogen. VA plants do some similar things with Phosphorus. All mycorrhizal plants seem cause limitations to other plants by limiting iron, calcium, potassium, sulfur, manganese, and moisture. 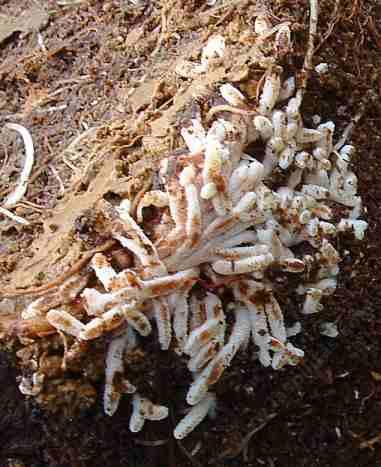 Frankia is a nitrogen fixing bacteria on Ceanothus 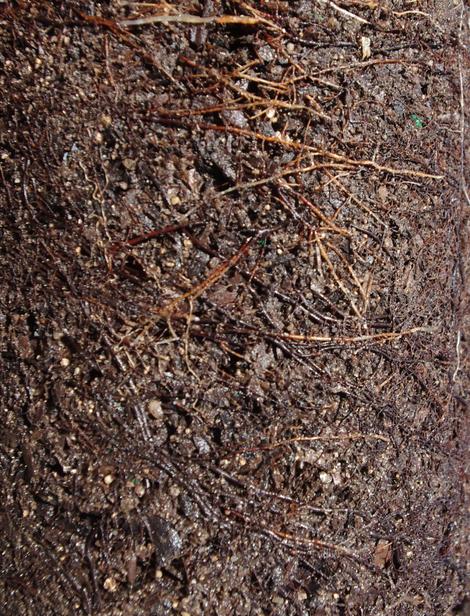 Ectomycorrhiza on Arctostaphylos roots.
Most mycorrhizal plants cannot, or have a very limited ability to use fertilizer. (Bacteria like it.) That means:
1. Plant in natural soil, not amended soil (see amendments). The ectomycorrhiza slow the breakdown of the mulch, slowly pulling nutrients out of the mulch when it is on the surface. VA mycorrhiza pull nutrition from mineral soils with mulch, not amended soils.
2. Mycorrhizal plants will out compete others if you are careful with water, fertilizer and amendments.
3. Nitrogen can Kill! Levels of Nitrogen (and Phosphorus, Potassium, etc.) above minimum (usually there is enough on site without adding any) will kill plants that associate with ectomychorrizal or ericoid mycorrhiza, and greatly suppress or kill VAM associated plants.
4. Interfering with sites after a fire is a supreme act of idiocy. Can we be more blunt? Once you break the closed cycle of a mycorrhizal biosystem it cannot recover. Between this nitrogen cycle, the similar phosphorus cycle, the stratification strategies, and the plant community related allelopathy that exists in mycorrhizal systems, weeds or other aliens can easily enter a native system at the time of fire, grading, flooding (overwatering) or fertilizing. (See the Fire section.)
5. Mulch! Mulch! Mulch! Do not disturb the mulch and replace it as it wears out(5-15 years).
6. Once you get the ball rolling . . . If the mulch is correct, the right plants are planted together in the right natural community, the environment and thus your landscape will correct itself with little or no care or water. (Drake, Wilson & Agnew)
7. DO NOT fertilize any native site.
"Regarding rare species of ectomycorrhizal fungi, their protection is best achieved by site protection, i.e., keeping the known habitats of such fungi forested by their probable hosts" (Mikola, 1973)
Ok, generally, do not buy mycorrhiza, buy native plants that are mycorrhizal if you want a native garden. 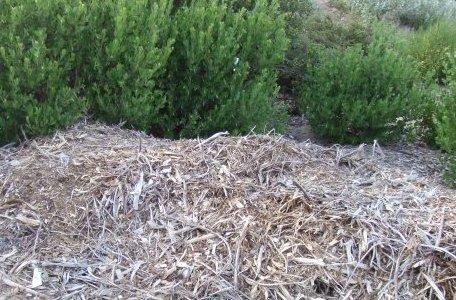 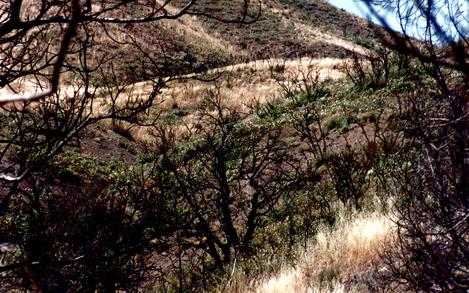 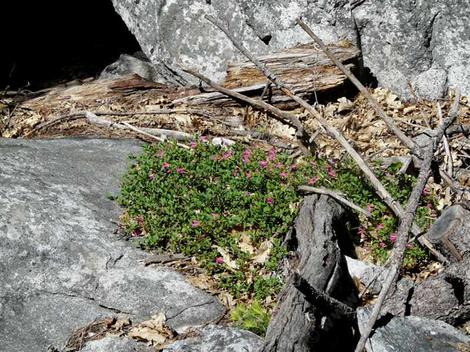