Nesting habitats of the House Finch

As it is named, the House finch likes to nest under the eaves of buildings. However it also will nest in trees, shrubs, and on the ground. They like nesting sites under partial cover.

Diet of the House Finch

The House Finch is a seed eater (check out its shnoz). The House Finch prefers grasses and forbs. Some of these forbs include Turkey mullein, Eremocarpus setigerus, Tar weed, Hemizonia spp, miners lettuce, and Sedge, Carex spp..

Sometimes a couple of house finches go off the wagon and pretend they are fruit eaters sampling every peach, plum or nectarine on your tree. Madding when they ruin an entire tree of fruit and eat none. Blue Jays and most of the other birds will work one fruit until its eaten(do not pick it as they will ruin another), but these morons ruin the entire crop.  All beak, no brains. Remove the nest from the tree, after three or four times they usually will move somewhere else, hopefully to that neighbor you don't like.


How to attract the House Finch to your garden

Range of the House Finch

The House Finch is found throughout California except in the highest elevations.

Migration of the House Finch

Most populations do not migrate. Populations on the east side of the sierras only stay in winter months. 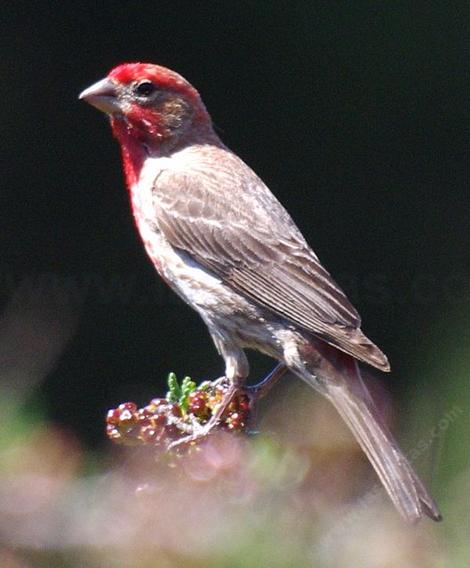 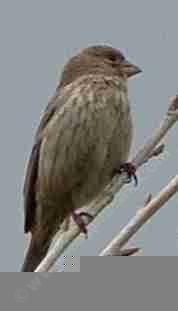 A male and female House Finch at the birdbath.
Other places you might find us roaming about: