A Restoration of a Coastal sage Scrub site.

A Restoration of a Coastal sage Scrub site.

Biological monitoring revealed a relationship between the distance from mature shrubs of the coastal sage scrub/coastal chaparral plant community, their litter, and populations of alien plant species. The coastal sage scrub/coastal chaparral plant community can effectively inhibit the establishment of populations of Carpobrotus edulis, and Ehrharta calycina, via 60% canopy coverage, and accumulation of their litter. Individually, the presence of the immature, set-out plants, and the indigenous, subshrubs, annuals, and perennials exhibited no measurable effect upon the populations of alien species.

These results, in this particular case, are consistent with our observations that maintenance (suppression of alien, weedy species) until the plant community can mature and achieve 60% canopy coverage, is one major factor vital to the success of an ecological restoration. 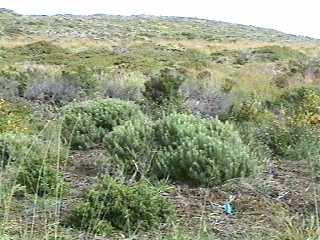 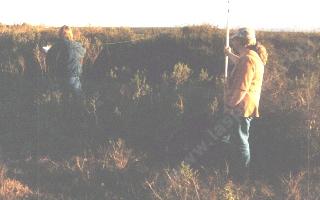 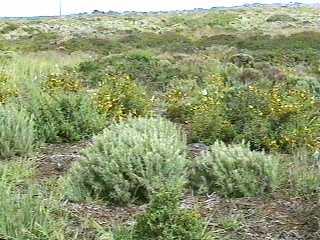