The Western Fence lizard is a very common lizard in California. They can often be seen on logs and rocks sunning themselves and doing pushup displays. The Western Fence Lizard and Lyme disease

Diet of the Western Fence Lizard

The Western Fence Lizard likes boulders or logs to sun bathe on. They also use these to hide under when predators get to close. They also crawl around in oaks, probably searching for ants or other arthropods. They need open ground and have trouble when there are to many weeds.

Behavior of the Western Fence Lizard

Thermal regulation The Western Fence Lizard being a reptile is cold blooded and regulates its body temperature by moving in and out of the sun depending on whether they are too cold or too hot. This is called thermalregulation. Territory defense The Male Western Fence lizard is territorial. They will fight of other males when they enter their territory. They do rapid pushups, to show their blue bellies to other males or to show off for females.

Like most lizards, when the Western Fence Lizard is being attacked by a predator, it will drop its tail. The muscles in the tail continue contracting causing the tail to flop around. This is to distract the predator from the lizard. However, this is a last ditch effort. It is very stressful for the lizard. It takes a lot of energy to regrow their tail, and they lose a lot of stored food. This is often a tactic they use with domestic and feral cats. As they are a formidable predator where they occur and the Western Fence Lizard is usually perched in high visibility locations where they are easy to catch.

As shown in these pictures the western fence lizard varies in color. They are able to change color to blend with their surroundings. They vary from a mottled brown to black. Males have blue on their ventral sides and these two males on the left are exhibiting blue on their dorsal side in an altercation. Because of their ventral coloration, they are often called blue bellies. Predation of the Western Fence Lizard The Western Fence Lizard is eaten by snakes and birds. They are very susceptible to predation as they like to perch in highly visible locations.

Western fence lizards are commonly in weed-free areas that have a number of native plants along with trees, posts, rocks and other things that make a lizard stand tall. 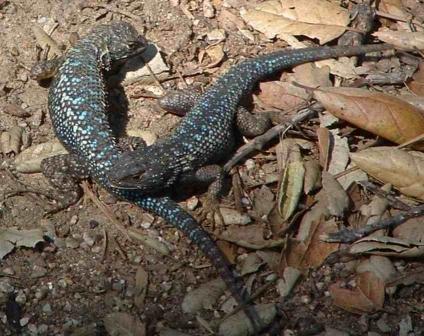 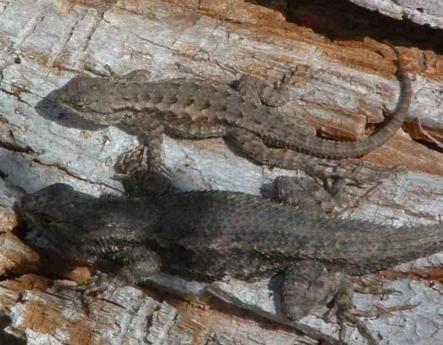 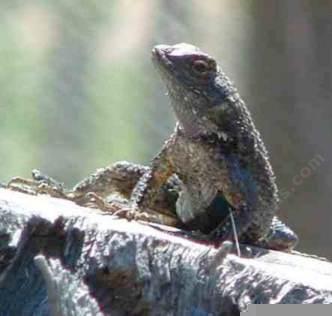 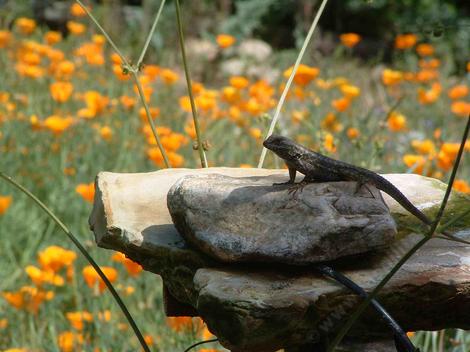 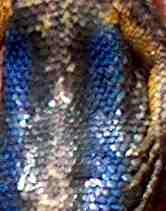 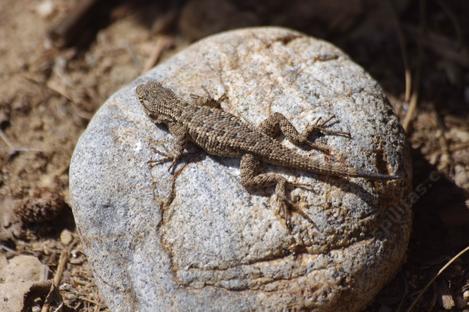