Range: throughout California, except deserts (mostly), San Joaquin valley, and the northwesterly portion.
Diet: eats mostly  insects, spiders, other lizards,
Habitat: needs cover, such as rocks, logs, shrubs, etc. Lives in somewhat open areas such as woodland, open forest, chaparral, scrub, etc., that is, shrubs a trees interspersed with open sunny areas
Behavior: feeds during the day, but not during the middle of the day, when temperatures are highest.
burrows in soil to lay eggs,   Tolerates wider range of temperatures than other lizards and so avoids competition, and  will hibernate in colder areas during the winter
Territory Size: fairly small, maybe a 100 meters.
Tactics: loses tail to escape from predators, will climb shrubs.
Predators: Cats, dogs, snakes, hawks, etc eat it.
Notes: great for a dry garden as it eats lots of insects!!
A regularly watered garden, where pesticides are applied, is not to its liking, as it evolved in the summer-dry Mediterranean climate of California, and pesticides will kill the insects it needs to eat for its survival! Pesticides aren't doing it any favors either.
These lizards are very entertaining to watch, and they seem the feel the same about us. 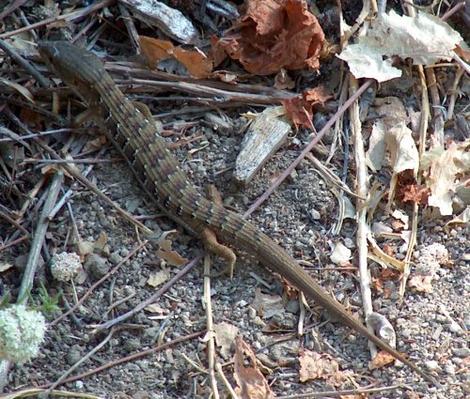 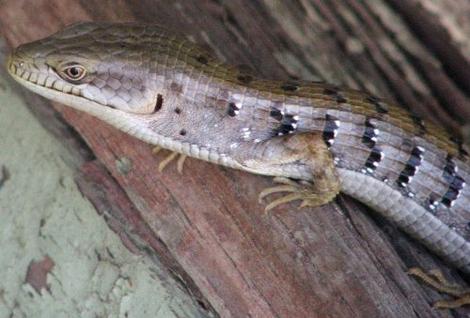