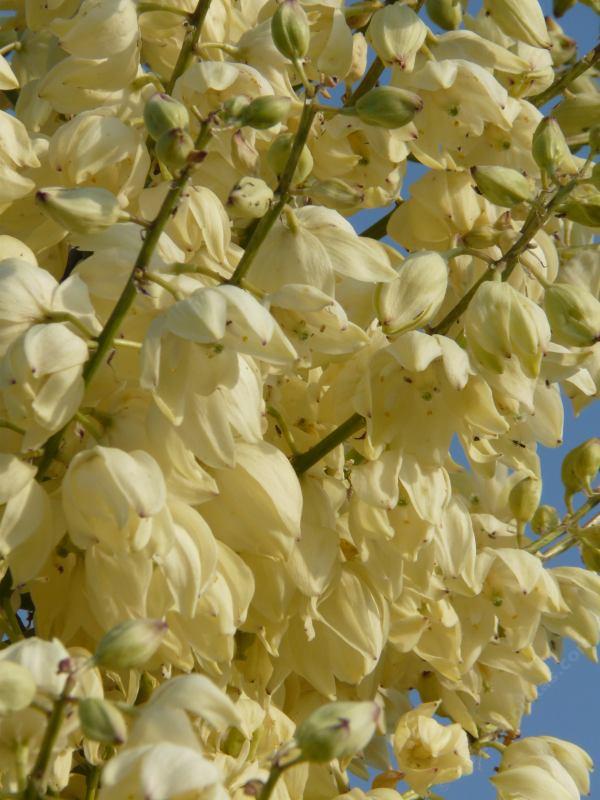 A 1-3' evergreen stemless shrub. It has cream colored flowers in an 8' spike. The leaves are spine-tipped. (The kids when they were little called them yuccies.) This one suckers and slowly spreads into a 2-3' across clump. Native to central and southern California. It likes full sun, no water after established. It tolerates serpentine soil. A good barrier plant. They grow on the mountain behind the nursery in granite under chamise. The summer temperatures often get above 130 degrees and the rainfall is about 20 inches. This plant survived the cold in containers (along with Y. whipplei percusa). It has rhizomes and spreads slowly (2' in 10 years).