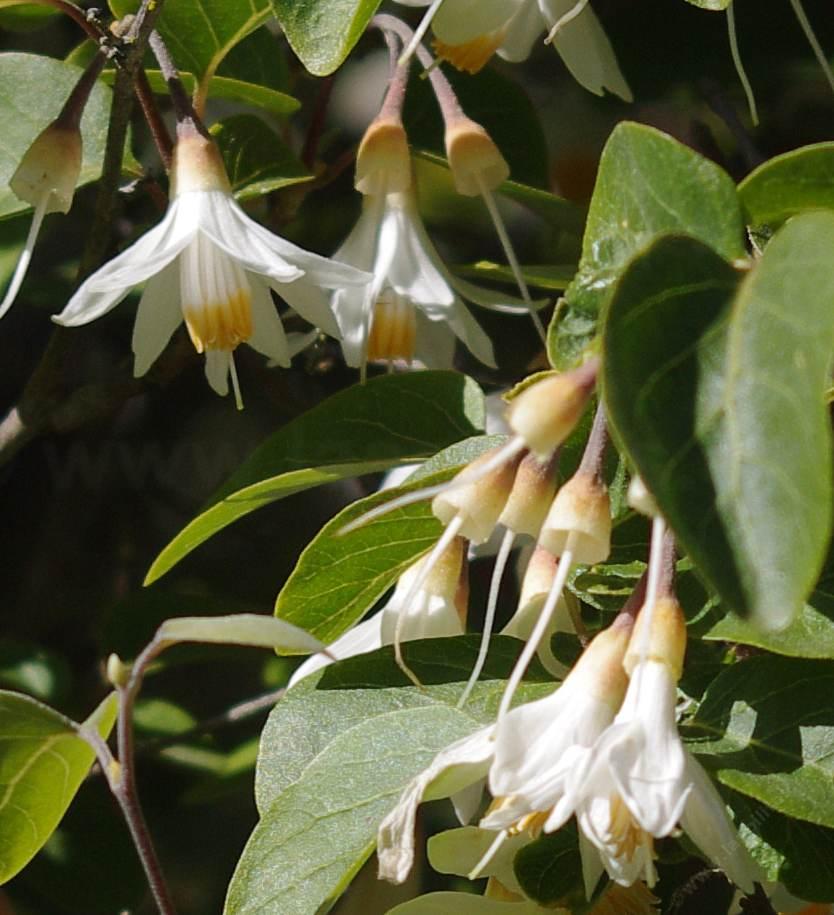 A 4-6 foot deciduous shrub with one inch petulant white flowers. (May not be fully deciduous in some situations.) Native from San Luis Obispo to San Diego Cos.. It's showy when in flower. Looking like a Philadelphus (mock-orange) with citrus flowers followed by little citrus fruit. It likes sun near the coast to part shade inland. We've seen Snowdrop Bush in the interior mountain canyons. The soil was a rather heavy loam, just a little better than clay. Above it on the slope and in stature was Quercus Kellogii, Quercus dumosa, Quercus chrysolepis, Pseudotsuga menziesii. Within 100 feet was Pinus attenuata. Within 20 feet was Calycanthus occ., Aquilegia formosa, Cercocarpus betuloides and Cercis occ.. These bushes were in a narrow band along the stream just out of the wet but where their roots could always have a little water. The best and biggest ones were about 10-15' from the stream at the base of the first Quercus dumosas, i.e. just where it was too wet for the oaks. We keep trying to find a place in the ground here that will support these long term, but it seems to grow fine in most coastal California gardens.