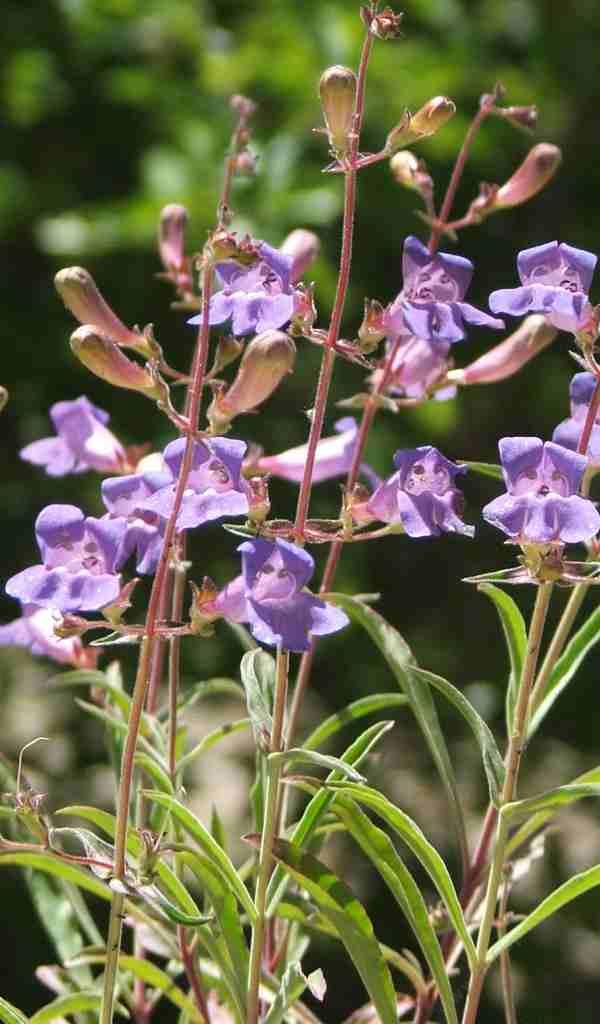 play movie
Many forms exist for this species. One is a one foot perennial that grows two feet across with one inch blue-violet, soetimes blue, sometime pale lavender, flowers on one foot spikes in May-Oct.. Native to the mountains of central and northern California. Gay penstemon changes as it moves up through the Sierras. In the Sierras the plants are taller and the flowers spaced further apart. You'd never guess the two plants are the same species. Gay Penstemon needs good drainage, full sun and although it's drought tolerant it looks better with a little summer water. We've had one here in the nursery for years. This one would be a good, easy, drought tolerant plant for the East and Europe. It will tolerant garden conditions and some summer water but keep on the dry side if possible. The area where this form is native to got to -20 in Dec. 1990. It survived in our containers that month so it should tolerate -30.