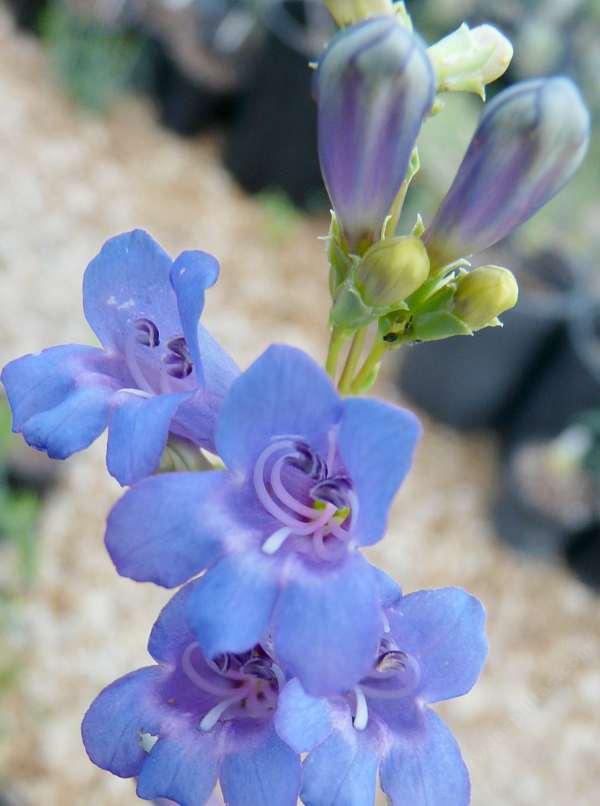 Penstemon azureus, is a blue-purple (azure) flowering penstemon that is  a little perennial with bluish green leaves. and is native to the foothills and middle elevations of the Sierras. It likes sun to part shade and good drainage. It is drought tolerant and one of the more garden tolerant ones. This plant is refined, neat, and tidy. Hummingbirds will work the flowers if you place it on or in a rock wall. People love the flower color. Azure Penstemon is one that can be planted in or along a walk. Stepping directly on the plant is not well tolerated, but in most locations the plant serves as a small scale ground cover reaching only a few inches high. It barely recovered from a -2F but tolerates up to twelve feet of snow in Sequoia where the plant grows under Douglas Fir making a delightful ground cover four to six feet across. One for you easterners to try.

In a California garden mix with rocks, boulders or a log in light or afternoon  shade along with other woodsy plants like Scarlet Penstemon, Fern bush, Radiant Manzanita, Yarrow, Heuchera hirsutissima, and Penstemon grinnellii.