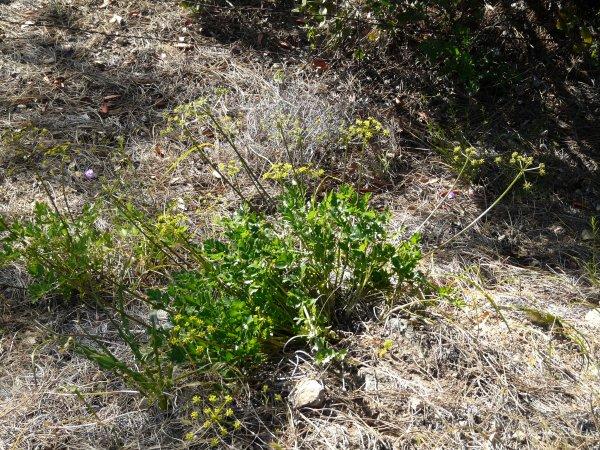 Southern Umbrellawort lives on the Santa Margarita nursery site, which seems to be close to, or, the northen range for the species. Which is very interesting in it's self. Why did it stop here? San Benito County is very similar, Southern Kern County is very similar, but they have Taschia hartwegii. Our form does have leaves that appear like a hybrid with T. hartwegii, but the seed cross section is definitely T. arguta. As of 2008, we're not growing this yet. But we're going to try as we figure out what it wants. Southern Umbrellawort is a different perennial as it has no stems, just leaves arising from the base. Disappears for months, even years in droughts, to reappear after a few good rains. This is a larval plant for some of the Swallowtail butterflies.