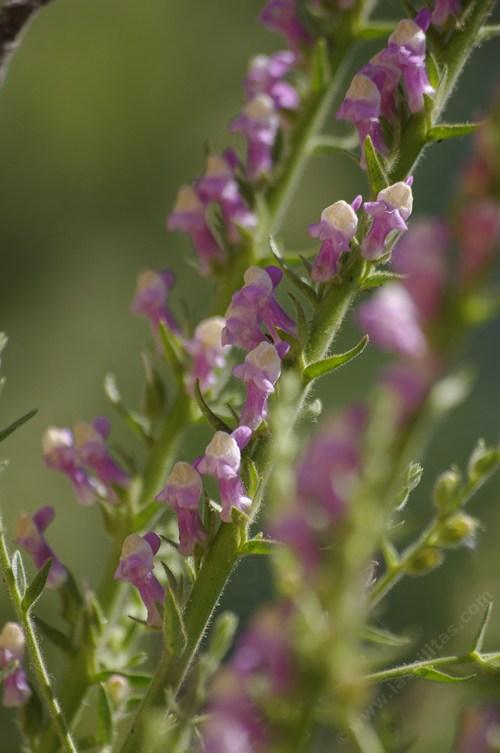 play movie
Multiflowered snapdragon is a two foot perennial with two foot flower spikes of pink and yellow flowers. Multiflowered Snapdragon prefers full sun with excellent drainage, and no water after establishment in most areas. Growing from San Bernardino to Santa Clara both in the coast ranges and the Sierras, it is very heavily used by hummingbirds. Native on the nursery site, it grows for several years in the openings of the chaparral on gravelly, sandy loam to clay-loam. As the chaparral fills in after wildfires, the snapdragon population declines. We've discovered that if we prune it down to a foot or so each January and again in August the plants look good all year. We also found it had a light, sweet fragrance at a distance of 3-5.' It doesn't have much of a fragrance up close .