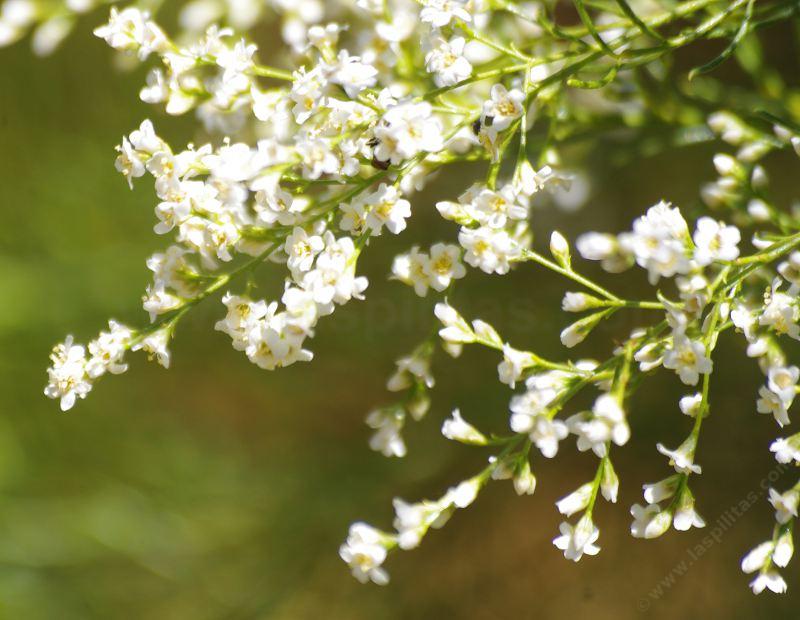 play movie
Red shanks grows from the San Luis Obispo/Santa Barbara County line south in chaparral, down through the L.A. basin in coastal sage scrub and up on the edge of the pine forests in many areas like Mountain Center and Wheeler Springs.. It looks something like a tamarisk in fruit and flower. In the upper Malibu area the frequent fires and post-fire seeding of grasses have destroyed most of the plants. Red Shanks makes the area look like something from a James Bond movie shot in Africa or Captain Kirk on an alien planet, or Korea if you watch a MASH rerun. If pruned a little and opened up it makes a very dramatic small tree. Weird that it is not as wide ranging as it's cousin Chamise, but it is as easy to grow and very tolerant of most garden conditions.