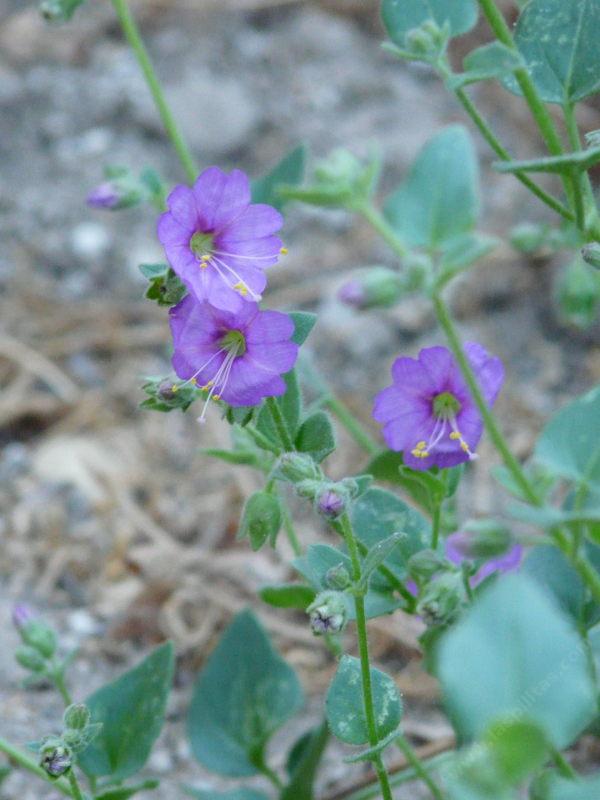 Wishbone Bush is a trailing to ascending perennial sub-shrub with many stems arising from base, pretty, rose-pink flowers, undergoes dormancy after flowering . Place in out-of-the-way spot where dry, shriveled foliage is least noticeable, but happy pink flowers are. A spot where you like to be in summer, but not in winter?
Wishbone Bush grows in grassy areas , coastal sage scrub, chaparral, and foothill woodland, in dry washes, dunes ,and on slopes. Located in the southern coast ranges, the central coast, the southwestern portion, the western edge of the desert, all in California, and also in Baja, CA., disappears after flowering.
Old Name: Mirabilis laevis.