The Wrentit is a small brown bird that often holds its long tail at almost a right angle to its body in a similar fashion to a wren. The Wrentit has a song that is familiar in any chaparral community it sounds like a bouncing ball. The sound gets shorter and faster. Something like this: wren—tit—tit-tit-tit-t-t-t.

Range of the Wrentit

The Wrentit is found throughout California in chaparral and brushy areas in forests. They are absent from the open desert scrub lands.

Reproduction in the Wrentit

Wrentits mate for live (this could explain why they are always bickering). They build their nests in dense shrubbery such as Ceanothus spp, Manzanita spp, Chamise, or Scrub oak.

Diet of the Wrentit

The Wrentit is omnivorous. It feeds on insects and spiders that it gleans from shrubbery. It also eats berries and small fruits. Including Summer Holly, Comarostaphylis diversifolia.

Habitat/Plant communities used by the Wrentit

The Wrentit lives in very dense stiff brush. It is able to fly around in this environment and still keep its feathers together.

Migration of the Wrentit

The Wrentit is found throughout California where dense foraging habitat is available. Young Wrentits move upslope in spring.

How to attract birds like the Wrentit to your garden

The Wrentit enjoys bird baths, Make sure they are up high and have a bush near by for cover. Cats are very bad for Wrentits and other native birds. They live in low areas that are very accessible to cats. 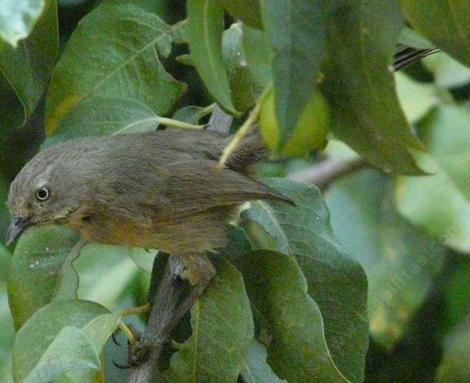 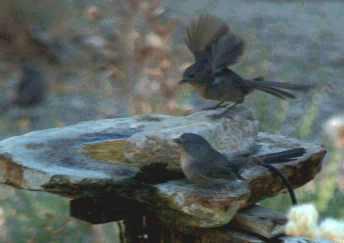 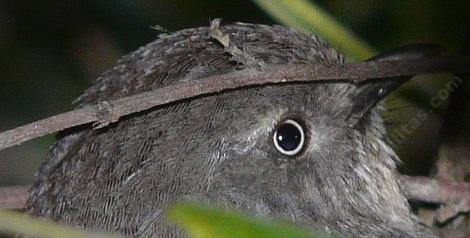 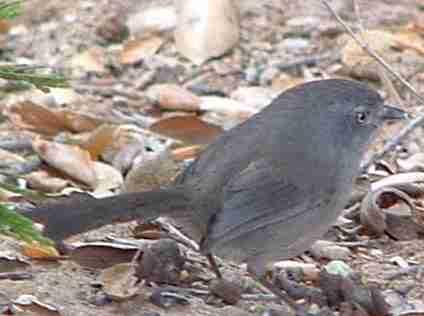 A Wrentit in the Ceanothus. 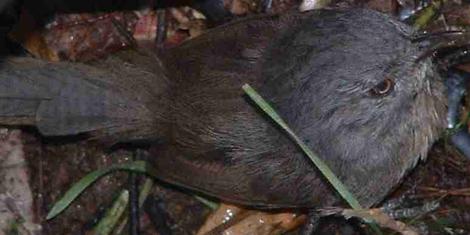 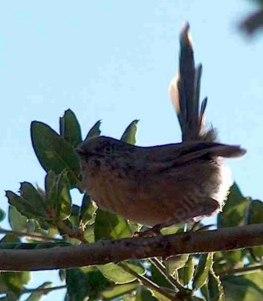 Wrentit telling off the camera.
Other places you might find us roaming about: