Adobe soils are soils with high clay content that swell and shrink dramatically and bare ground commonly has cracks in it in summer.
"An adobe soil may be defined as a heavy soil which readily cracks, and certain adobe soils have not only high wilting and hygroscopic coefficients, but also high shrinkage coefficients. For example, some adobe soils shrink so much on drying that the air-dry volume is only half the volume of the moist soil: hence on drying, cracking is inevitable." Monthly bulletin of the Department of Agriculture, State of California: Volume 10 - Page 42, 1921. It took me about an hour to find an actual definition of adobe soils.
Back in the 1970's when we lived in San Luis Obispo our house would rise and fall about an inch each year.  I went to put a sliding door on the bath tub to make a shower encloser and the wall was out of square by almost an inch. Best fig tree I have ever seen was standing in mud for a month each winter, bone dry in summer. I trucked about 15 yards of beach sand in to make a six inch deep vegetable garden as everything would not grow in standing water during the winter.  The carrots had hooked bottoms from hitting the adobe and deflecting back up into the sand.
We've since learned that mulch goes a long ways to fix the adobe soils so they will absorb water and hold it. In vegetable gardens use compost, in native gardens use shredded redwood, oak, pine  or cedar and the soil will open up. 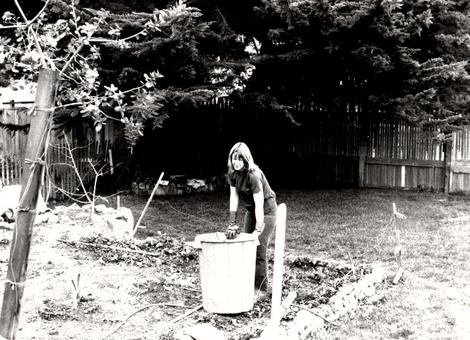 Our raised bed in San Luis Obispo adobe soil. An old photo from about 1977. 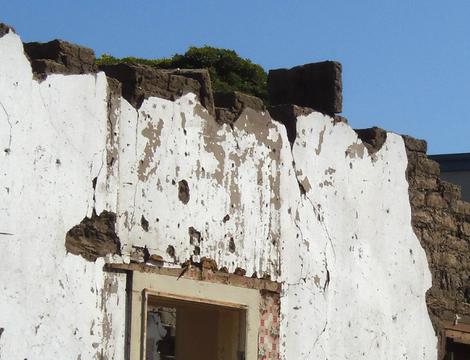 Adobe bricks were made of heavy loam mixed with sand and gravel. They added weeds, oats, wheat and barley to to the 'dough'. The mud was mixed and put into a mold about 3 inches high and 12x18 inches wide.
Other places you might find us roaming about: