What is Garden Hygiene? This is related to a California Garden, but most Mediterranean areas are similar.
I like to think of Garden Hygiene as the control of weeds, picking up trash, and pruning dead stuff, but it really goes further.
A clean and stable landscape will have the plants in the right places, not be planted too full, have walks and paths. The plants will look healthy, have most of; the dead material removed, and have the dust regularly washed off.
The garden will be tidy. No garbage.
No cardboard boxes of newspapers that never made it to the recycling center, or the broken trellis, or the pile of fire wood stacked next to the house with leaves on it. How about the lattice under the deck with the dead spring annuals stuck in it? The old car on blocks should also be removed along with the potting shed that is more of a shack that fell over.
Pictures help. Take some pictures of your yard and pretend you're going to show them to a magazine editor, or your snottiest relative. What looks like poo? Remove the poo or replace with less poo.
Has the roof got a sag in it from all the leaves on it, clean them off.; Gutters full of pine needles? One of the larger fire studies found that the biggest threat to homes was embers falling from the sky. If you have a 60 foot zone around the house that is highly managed, you can survive most wildfires.
Decks and deck furniture should be surveyed. Pretend you have  ten buckets of  burning wooden matches that you are throwing off of the peak of the roof, some are landing  on the roof, some on the deck some in the yards. Can the stuff there survive that?
Has the house been painted and repaired? Sounds dumb, but  that hole in the wall makes a great place for a rabbit that is on fire to run to escape. Likewise is the space under the steps or deck and remember that wood pile. Close those spaces up. Move the wood pile(s) away from the structures.
Divide the garden up into little patches of plant communities or activity centers. Swing set here, treehouse there, coastal sage native garden here, herb garden there, water feature over there, paths and walks breaking them up. 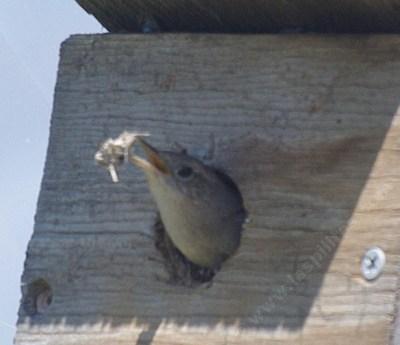