The Woodland Skipper has a jagged black border, other than that, ya seen one skipper... The woodland skipper is one of the most widespread butterflies and lives in most of the Western United States and Western Canada while avoiding the deserts. The larva live on many  different grasses. 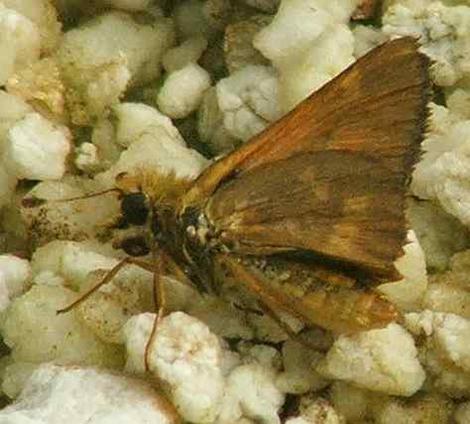 The woodland Skipper has a jagged black border
Other places you might find us roaming about: