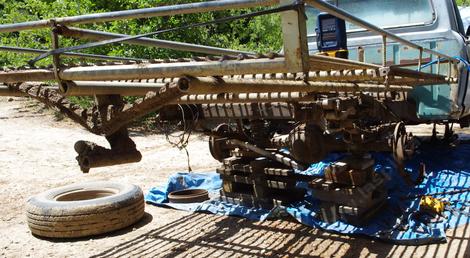 One of the nursery trucks lost its brakes and its rear end. There seems to be a lot of of that happening around here.
We also had a couple of irrigation wires fail. That sounds trivial but for about 5 days Bert and sometimes Penny were in 3 ft. deep holes trying to figure out which wire failed. Only 7 wires and 8 valves and the problem was a valve we didn't even remember. Sorry, I didn't get a picture of the holes.
The weather flipped from highs of 55F to highs of 101F then back to 55F with light frost. Climate change, not warming, frosts in June?
In the mornings and evenings the movies that we're trying to add is driving us crazy. Flash did an update that killed my ability to see movies. I thought it was something I did, nope, just a bad update. I've had to lock Flash in an old mode. But it has pushed us to begin moving the website to html 5 as fast as possible.
I have learned two software programs that almost allow me to make movies and edit them. 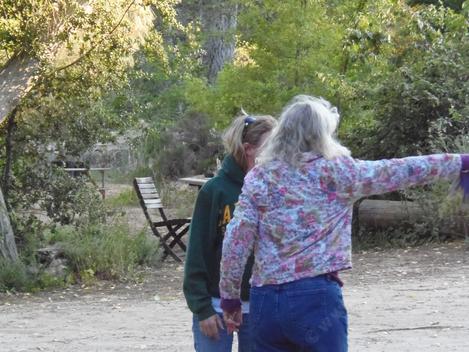 Penny and Celeste supervised all the work
To edit simple movies I've been using Avidemux. It is a nice program that will work to do all sorts resizing, appending, adding a logo or changing from AVI to mp4. But mp4 files do not autostart, they have to load all the way before they play.SOoo, we had to add Handbrake to the mix. Handbrake does an excellent job of making m4v files. M4v files start when you click on them.
Then I discovered that the Pentax Kx takes excellent avi movies that I can make into m4v files, 500 meg files compress to 10 meg. My 'disposable' camera (I carry a $200 camera with me, that is how I catch some of those cool shots) only captures movies in mp4 format. That is proving to be very iffy to append or edit. It looks like Avidemux is going to fix that in their next update. Both Avidemux and Handbrake are opensource. But video editors are kind of like learning Greek, in Spain.
This is a movie with the OLYMPUS SP-810UZ
This is a movie with the Pentax Kx
Here's one done with a Panasonic Lumix DMC-FZ150. Do not turn sound up or it will freak you out at the end, or it may work.... This is what we're having problems with. This camera records in mov. Beautiful movies, but the sound is not tracking when I compress it.
Why do we not just put them up? We have two servers now that cost more than a thousand a year and we keep running out of disk space. And, if those of you with a slow connection of limited memory(on the computer..) hit a 500 meg file it will lock up your computer.
This one is just a test movie to test the new ones as I make them.
Other places you might find us roaming about: