has many subspecies or varieties, but for our purposes they are known as coyotes. Some of the ones that have shown up in the nursery can be big, maybe the size of a German Shepard. They behave just like a dog, until they see prey or act as a hungry pack.
Coyotes have spread over most of the U.S. and Southern Canada. They are a real problem for city folks with bad hygiene. They can cause minor problems for some cattle and sheep operations.
They can be a threat to small animals and even small people. They are probably not as much of a threat a dog pack, but they can occasionally harm a person. The numbers are really low, like a few humans harmed per year, and one fatality a decade in North America. They do seem to like small yapping dogs though.
Coyotes usually avoid people, if you seen one out during the day and acting weird he may have rabies. 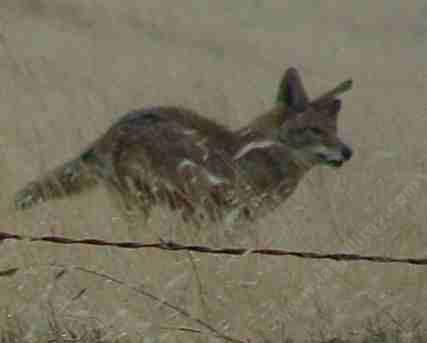 A coyote running above McKittrick. 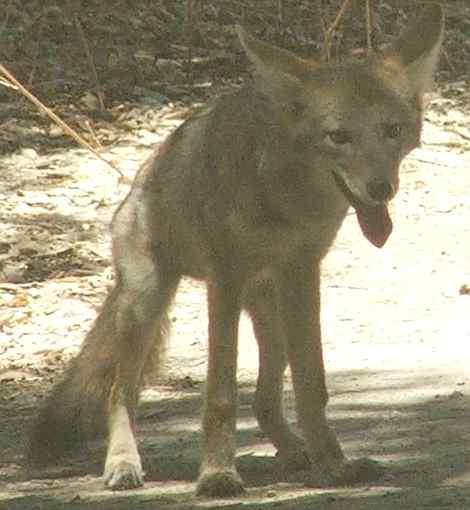 This is a tough animal?
Two Coyotes looking for breakfast.
Other places you might find us roaming about: