There are several subspecies of Sage Sparrow. Their coloration and behavior is noticable different. The coastal form is smaller and darker but has little or no lines on breast and the black and white coloration is clear. The coastal Amphispiza belli belli behaves more like a wrentit than a sparrow hiding in the foliage and focused on the pond. The southern inland form seems to hang out more in the open, the pictures here were taken next to a puddle in the nursery. The Southern inland form, Amphispiza belli canescens, is more brown than gray, with many brown lines on the brest. It behaves like a Tohoe or White Crowned Sparrow.. The desert form Amphispiza belli nevadensis, is usually up on a bush or tree watching you. I thought it was a funny looking Jay, as it acted like a Jay.
It was only an accident that we got all three pictures. The desert picture was the only bird we saw along the desert edge by Lucrene back in 2003. The interior form was at the Santa Margarita Nursery after 5 years of drought, the coastal form showed up the next year after we got rain and much of the rest of California did not. We bought a bunch more bird books before we figured out that the coastal form did not look like the others.


Diet of the Sage sparrow

Range of the Sage sparrow

The sage sparrow is found in California, west of the central valley in shrubby habitats. They occupy the southern deserts in the winter. 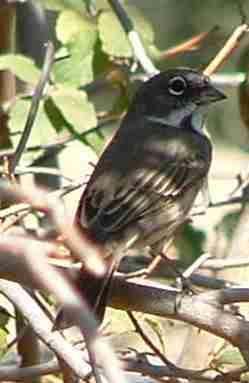 At the Santa Margarita Nursery the sage Sparrow hides out in the shade near a water source. 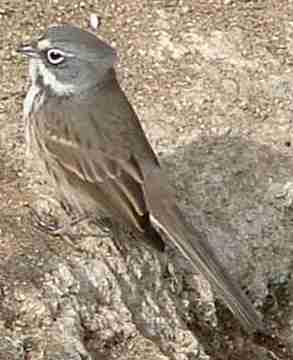 An older photo of Sage Sparrow. One of the original digital cameras. 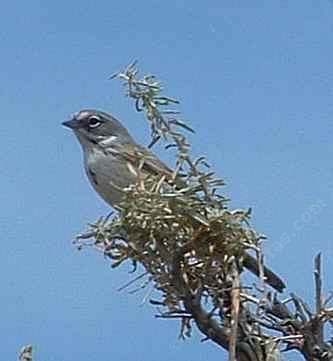 This was taken west of Ridgecrest at about 5500 ft.

We only see the Sage sparrow every few years as evidenced by the photos. 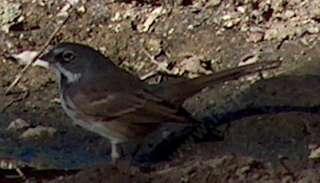 I was so happy to get this photo with my new 6x zoom. Let's see, the second camera of 3 Fujis, one HP, Panasonic and now a Pentax.. 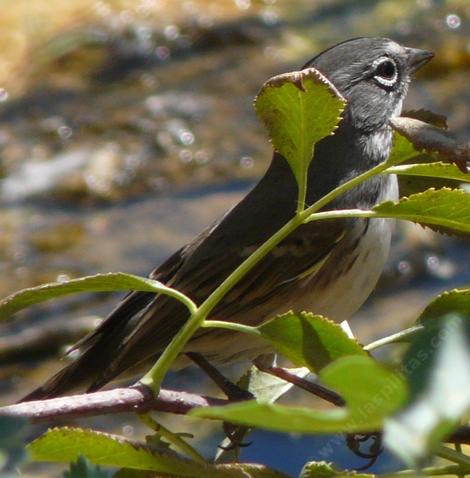 The Sage Sparrow setting in a Mexican Elderberry. 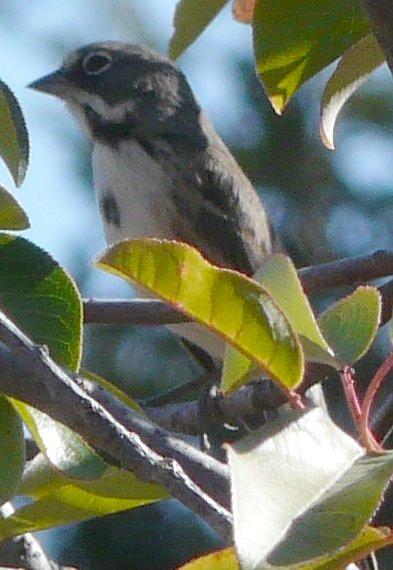 The Sage Sparrow in the Choke Cherry.
Other places you might find us roaming about: